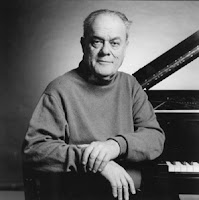 Rosen wrote or co-authored fourteen books, including several collections of essays that first appeared in The New York Review of Books, to which he was a regular contributor. Rosen’s prose was at once learned and engaging, reflecting a deep musicality that grew from his insights as a performer. His first book, The Classical Style: Haydn, Mozart, Beethoven, won the National Book Award in 1972. Contrary to much

Editor's Note: W. Anthony Sheppard's solution of a "musicological mystery many decades old"--a Swiss music box that plays Chinese tunes heard in Turandot and Madama Butterfly--made the headlines on both sides of the Atlantic. Sheppard says he stumbled onto it, but as the great musicologist Oliver Strunk was fond of saying, "you have to be in the haystack to find the needle." Sheppard's big June 2012 piece for the New York Times is linked below. He teaches at Williams College in Massachusetts and is editor of the Journal of the American Musicological Society.
Read the New York Times piece HERE.
See the video from State of the Arts [New Jersey] and the Morris Museum, Morristown, NJ:

Sir Antonio Pappano's rant on diva cancellations, 13 March 2013--"this generation of singers [is] weaker in their bodies or don't care. I don't know what it is"--has naturally prompted a flurry of retorts. From the Metropolitan Opera, Fabio Luisi, managed to say roughly the same thing: "Most singers ... are simply too young, not prepared enough, with technical problems and then get the wrong roles. ... They start to cancel--and then they disappear." Singers were not long in responding.

The Maestro and the Diva is an old, old story. Humphrey Burton so titled a move with Georg Solti and Kiri Te Kanawa (1990; Sony videotape, 1992). At a Music Critics Association conference on the question in San Francisco in 1995, the conversation turned to the practice of stand-ins for divas at the rehearsals. "How many rehearsals must the star come to?" asked a participant. Sir Charles Mackerras was heard to respond: "Well, if it's Te Kanawa and Der Rosenkavalier" (as it would be that night) "I'd just as soon do it on no rehearsals."

On the musicology of Divas, don't miss the prize-winning book by Philip Gossett: Divas and Scholars: Performing Italian Opera (University of Chicago Press, 2008).

Ecomusicology, writes Aaron S. Allen "considers the relationships of music, culture, and nature; ... it is the study of musical and sonic issues, both textual and performative, as they relate to ecology and the environment." A colloquy on Ecocriticism and Musicology was published in the Journal of the American Musicological Society (64/2, summer 2011), 391-424, and an Ecomusicology Listening Room at the national meeting in New Orleans (November 2012) drew wide attention, notably for a performance of a Bach work for solo violin performed in front of a photograpahic image of the endangered pernambuco tree, from which prized violin bows are crafted.

Visit the lovely on-line version of The Ecomusicology Listening Room

On Becoming A Musicologist

Email ThisBlogThis!Share to TwitterShare to FacebookShare to Pinterest
Labels: conducting

That Party at Lenny's

The term “radical chic” was invented to describe Leonard Bernstein. Tom Wolfe’s “That Party at Lenny’s” was an irreverent look for New York magazine at a 1970 fund-raiser held in the Bernsteins’ Park Avenue penthouse for the Black Panther Party. Few figures in orchestral history can have anguished so much as Bernstein did over personal identity and the place of one’s music in the world at large. Raised in the heady liberalism of Harvard and Franklin Roosevelt, mentored by Copland and his progressive political and social views, he could not resist the notion of podium as pulpit. The Palestine Philharmonic had begged him to stay, in 1946, since he spoke Hebrew and was a Zionist at heart; in 1948 he led them for two months, thirty-five concerts, during the War of Independence. Later, in New York, he was devastated by the assassinations of the 1960s, and bitterly and sometimes incoherently opposed everything about the Ronald Reagan administration. He features in the Watergate tapes of September 1971, on the occasion of the Mass he had composed to a commission from Jacqueline Kennedy to inaugurate the Kennedy Center. President Nixon, tipped by his security apparatus as to the work’s pacifist theme, skipped the premiere and in a follow-up discussion was told of Bernstein’s weeping onstage after the performance and kissing everybody in sight, “including the big black guy” (Alvin Ailey, the choreographer). Nixon responded, “absolutely sickening.”