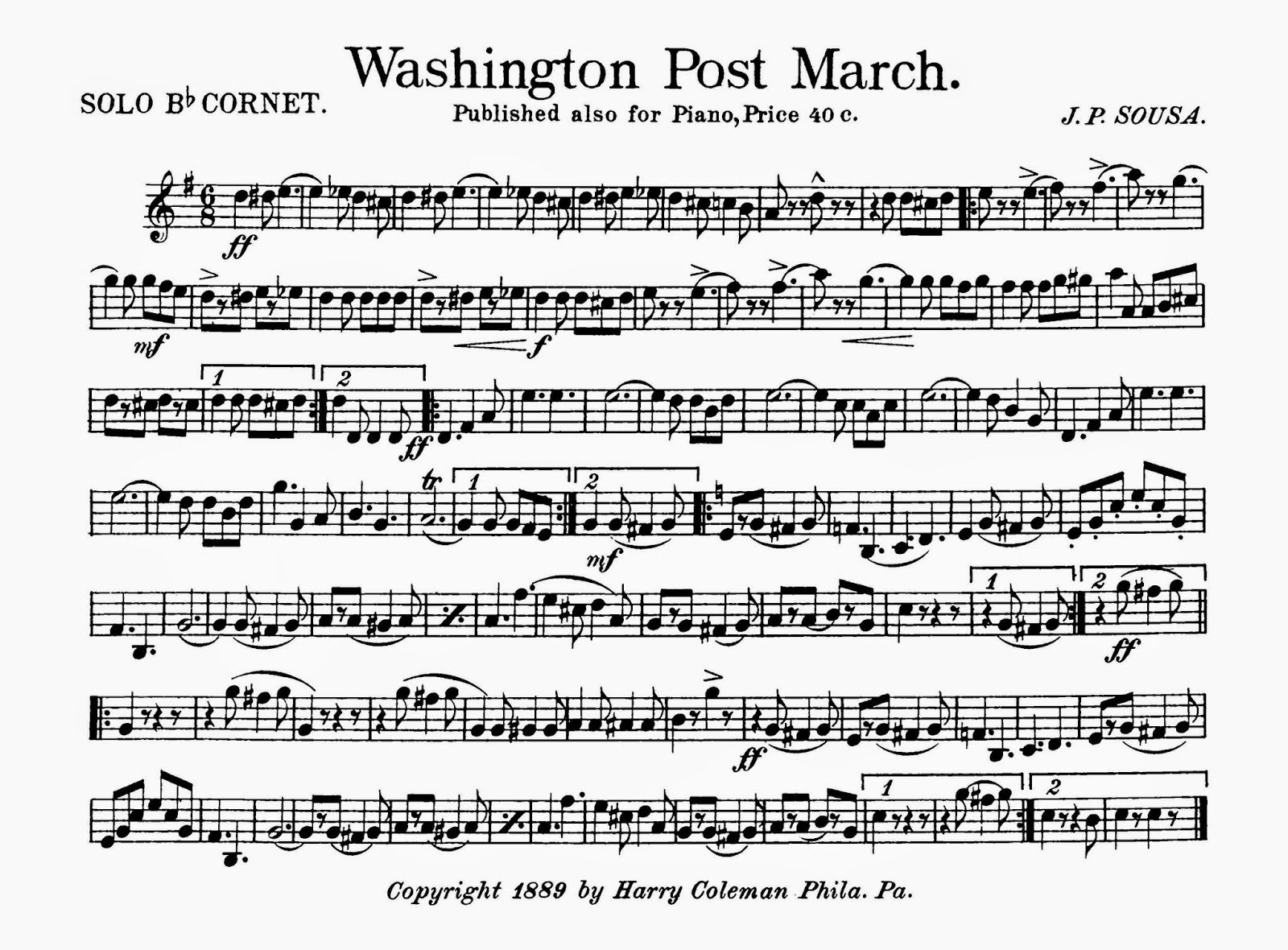 Today is the 125th anniversary of The Washington Post march, premiered June 15, 1889, at the award ceremony for the Post's essay competition that year.

The Washington Post is the first of the six marches that constitute vol. 21 of Music of the United States of America (ed. Patrick Warfield, 2010). MUSA is a project of the American Musicological Society. Follow the link for more on the publicaiton.

And, here, the United States Marine Band's own version of the story: