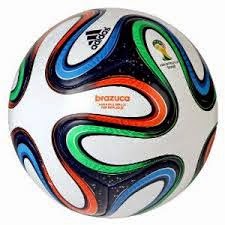 The recently concluded soccer World Cup provided a compelling visual and aural spectacle, combining fine, engrossing, and at times even mordant soccer with music and sounds that were often just as interesting. Sporting competitions, and especially such international competitions as the World Cup, have long been venues for musical expression, though scholars have only occasionally commented on the musical contexts that accompany them.

A particularly intriguing aspect of the competition involves the soccer chants intoned in the stands, both by rabid fans and by casual spectators who invariably get caught up in the excitement. The website FanChants.com has catalogued over 26,000 soccer chants, an enormous repertoire that invites more musicological study.<1> One characteristic of these chants, and indeed of soccer in general, is the way they are divided according to either club or country affiliation. Bitter rival fans within a league (for example those of Barcelona–Real Madrid in Spain, America–Cruz Azul in Mexico, or Flamengo–Fluminense in Brazil) will adopt chants that support their team and denigrate the opponent. But these same fans will temporarily shed their rivalry and join together to support the national team in international competitions, begetting a whole other category of chants.

Edith Bers, professor of voice at Juilliard, explained in a recent Smithsonian article by Max Kutner that most chants are fairly easy to remember and to sing. They “stay within the speaking range,” that is, a five- or six-note ambitus, and contain very few leaps. In the same article, Kay Kaufman Shelemay noted that many soccer chants are contrafacta, where new words are inserted into preexisting songs. Thus, a popular chant of the English club Manchester United is “United Road Take Me Home,” based on John Denver’s “Country Road.” Shelemay also explores some of the psychology of soccer chants. The music, she says, “makes it possible for people to express support, to compete with supporters of the other team, to urge their team on. It has a lot of implications that are way beyond music and sound.”

Perhaps the most popular soccer chant in the world is “Olé, Olé, Olé.” The exclamation “Olé,” derived from the Arabic invocation of Allah, has traditionally been used in Spanish bullfighting whenever the matador makes an elegant pass. It was subsequently adopted by soccer spectators, often when a series of interesting passes is made between teammates, or to cheer on a particular player. Not surprisingly, these are particularly popular in Spain and such Spanish-speaking countries as Mexico and Peru, which also have strong bullfighting traditions. In 1982, the exclamation was converted into a melodic chant in Spain, and was subsequently adopted by soccer fans worldwide, regardless of nationality or club affiliation, and even became popular among fans of sports like hockey and rugby.

Yet not all chants are simple, repetitive, and easy to perform. Particularly at the national level, fans will often intone a more complex nationalistic song (usually other than the national anthem) to display ethnic or national pride. Thus, Mexico fans often sing “Cielito Lindo,” with its famous chorus (“ay, ay, ay, aaaaaaaaayyyyy!”), to encourage the players and establish a sense of national pride. This chant has become so successful and prominent that it has even drawn a corporate sponsorship. Perhaps the most touching singing was heard at the 2012 Euro Cup, when the Irish fans, their team already eliminated from the competition, began singing in their final game a melancholy rendition of “The Fields of Athenrye.”

Another musical feature of the World Cup (and almost all sports competitions) is the performance of the national anthem prior to kick-off, to engender in the players and fans a sense of national pride. (This also is a facet of the Olympic Games, though there the performances occur at the end of the event rather than at the beginning, and, in the United States at least, these are now rarely broadcast on television unless the gold medalist happens to be from the U.S.) For many fans watching the recent Cup on television, one of the highlights was hearing and comparing the various national anthems. It is an integral part of the experience to listen to new arrangements of the very familiar anthems from England, Germany or France, to revel in the martial character of the anthems from Mexico or Chile, or to enjoy the operatic qualities of the Italian and Brazilian anthems. Indeed, the national anthem of Uruguay, “Orientales, la Patria o la Tumba,” written by the Romantic composer Francisco José Debali in the 1840s, sounds like it comes straight from a Donizetti opera.

During the recent Cup, the performance of the anthems was particularly striking when Latin American sides were involved, since just about every team was accompanied to neighboring Brazil by legions of fans. In matches that included Colombia, Uruguay, Chile, Argentina, Mexico, and (especially) the host Brazil, the organizers would play the accompaniment of the first verse of the anthem over the public address system, and then would often mute the music, leaving the players and tens of thousands of fans singing the second verse a cappella, thus de facto turning the national anthem into a soccer chant, an otherwise rare occurrence. The result (for example this performance of the Colombian anthem) was powerful and often spectacular, particularly for those who identified nationally with these countries or who otherwise had an emotional connection to the music.

Many of the competing countries, of course, have had significant—and often uncomfortable—historical relationships, lending another level of intrigue to many of the matches. (The historic 1986 match between England and Argentina, four years after the Falklands War, is often cited in this context.) The national anthems accentuate these associations, particularly among countries who have been historical enemies (England–Germany, France–Germany, or Russia–Germany, but also U.S.–Iran, Honduras–El Salvador, Chile–Argentina, or Brazil–Argentina), as well as those who have had long colonial relationships (Brazil–Portugal, Spain–Mexico, or France–Algeria).

A television commentator before an Algeria game in the recent Cup pointed out (although I have not been able to verify this) that the Algerian anthem is the only one in the world that verbally attacks another country specifically by name. (“O France, this is the day of reckoning / Get ready to receive an answer from us!”) Awkward post-colonial moments such as these are further complicated by the intricacies of our modern, globalized world, in this case by the fact that many players on the French team are naturalized citizens of Algerian origin, while many players on the Algerian team are Frenchmen who decided to try their luck with the Algeria team after not making the French squad. Thus do 21st-century political realities clash with the vagaries of soccer, all commented upon by national anthems where the nationalistic message is often anachronistic.

The World Cup is also surrounded by official, semi-official, and impromptu musical performances. The players themselves often contribute to the festive atmosphere, with any number of spontaneous (and not-so-spontaneous) celebrations on and off the field, as was the case recently when the Colombian team performed a stylized cumbia after each goal.

FIFA, the organizing soccer body, has historically promoted official songs and anthems that are performed at the soccer venues themselves, and especially on television and other media. To emphasize the world-wide nature of the World Cup, FIFA has often chosen non-European musical performances, even when the Cup is held in Europe. Latin American and U.S. pop stars are called upon to sell the exotic character of the event to the world, but with a special eye toward its European audience. Thus, when the Cup was held in South Africa in 2010, the organizers chose not a European or even a South-African pop star (of which there are many) but the Colombian singer Shakira, whose song “Waka Waka (Esto es Africa)” became an instant world-wide hit. The incongruity of having a Colombian star promote a soccer event in Africa didn’t seem to bother anybody. (The other song chosen by FIFA for the 2010 Cup, “Sign of a Victory,” by R. Kelly leading the Soweto Spiritual Singers, achieved a fraction of the popularity of Shakira’s song.) Previous exotic performances (exotic to Europeans anyway) include Ricky Martin’s “La Copa de la Vida,” and “Hot Hot Hot” by the Caribbean soca artist Arrow, both of which incorporated the “Olé, Olé, Olé” chant. U.S. pop and R&B singers also have performed official Cup songs, including Jennifer Lopez and Pitbull (2014), Toni Braxton (2006), Anastacia (2002), and Hall and Oates (1994). One has to go all the way back to the 1982 Cup in Spain to find a truly representative European musical performance: Plácido Domingo singing “El Mundial.” (A compilation of all the World Cup songs since 1962 can be found HERE.)

The differences between musical depictions of the orient and the west are well known and too numerous to discuss here, but are adequately summarized by Bart Moore-Gilbert as follows: “The East is characteristically produced in Orientalist discourse as—variously—voiceless, sensual, female, despotic, irrational and backwards. By contrast, the West is represented as masculine, democratic, rational, moral, dynamic and progressive.”<2> The East is further perceived as decadent, luxurious, enticing, intoxicating; the West is ordered, civilized, virtuous. These characterizations have to some degree been extended to the soccer realm. The World Cup’s music and dance performances often include well-established signifiers of the exotic other, including non-European scales, rhythms and instruments, nubile scantily-clad women, and exotic locations.

Conversely, the epitome of all-European soccer, the Champion’s League, has an official anthem that is staid, serious and solemn, with unmistakable Baroque characteristics. The European anthem was written by the English composer Tony Britten (who adapted it from a Coronation Anthem by Handel), was performed instrumentally by the Royal Philharmonic Orchestra, and sung by the chorus of the Academy of Saint-Martin-in-the-Fields. It represents the height of European (read: white male) civilization, a stark contrast to the decidedly non-European atmosphere of the World Cup, an atmosphere epitomized by a young Colombian woman of Lebanese descent performing beguiling dances in exotic locations.

Mark Brill is Associate Professor at the University of Texas-San Antonio. He received his Ph.D. from the University of California-Davis, with a specialization in music from Renaissance and Baroque Mexico. He has written a textbook titled Music of Latin America and the Caribbean (Pearson, 2010). An avid soccer fan, Brill has presented and published essays on music in colonial Oaxaca, music of the ancient Maya, popular music, and the film scores of Bernard Herrmann, Leith Stevens, Maurice Jaubert, and James Newton Howard.

<1>The few studies of soccer chants that have been published include John Kerr, Understanding Soccer Hooliganism (Buckingham: Open University Press, 1994),and Donna A. Buchanan, “Soccer, Popular Music and National Consciousness in Post-State-Socialist Bulgaria, 1994–96,” British Journal of Ethnomusicology 11, no. 2 (2002): 1–27.