NOTE. Sound Play: Video Games and the Musical Imagination was published by Oxford University Press in May 2014. Here is an excerpt.

Around the same time my dad dropped a Nintendo controller in my four-year-old hands, my mom tucked a Yamaha piano under my fingers and started me on weekly lessons. Every day, an hour of piano practice, followed by an hour of games—for years, that was the deal. While these respective activities were introduced to me as work and reward, I must have grown up drawing meaningful connections between the two. I say this in part because it makes for a cool origin story (the kind that superheroes in comic books always have), letting me trace my present-day fascination with video game audio to some radioactive fusion of gaming and musical experiences in my youth. But really, this vision isn’t at all facetious: many children these days do come of age playing video games as well as musical instruments, learning in both cases how to make magic with feats of manual dexterity. Both gameplay and musical play involve the apprehension, interpretation, and manipulation of signs and materials within technical constraints and customs. Gaining proficiency in either exercise requires determination and practice. Individuals who persevere might eventually prevail as virtuosos (qua virtual superheroes) with greater knowledge, literacy, and technique than they initially believed possible.

Performance, collaboration, and competition are vital in musical and gaming cultures alike. For every sublime rendition of a Beethoven symphony at Carnegie Hall, one could find an expertly orchestrated clan of warriors raiding a dragon’s lair in World of Warcraft. And for every professional piano contest, amateur battle of the bands, or American Idol episode, there’s a million-dollar StarCraft tournament with professional gamers (a.k.a. e-athletes) who train fourteen hours a day. Of course, apart from these arenas of dazzling spectacle, music and games accommodate solitary, contemplative engagement: both are said to have therapeutic, rehabilitative, and analgesic effects; both have potential to facilitate trance, flow, and immersion; and both possess transportative powers, ushering us into otherworldly spaces and alternative states of mind. Such alleged provisions of escapist pleasure have long placed music and games at the centers of comparable debates about the intellectual and moral valencies of all things leisurely. Just as musicology in its early years took time to gain respectability amid wider academic circles, so video game scholarship has faced its share of skepticism toward the legitimacy of its designated queries. 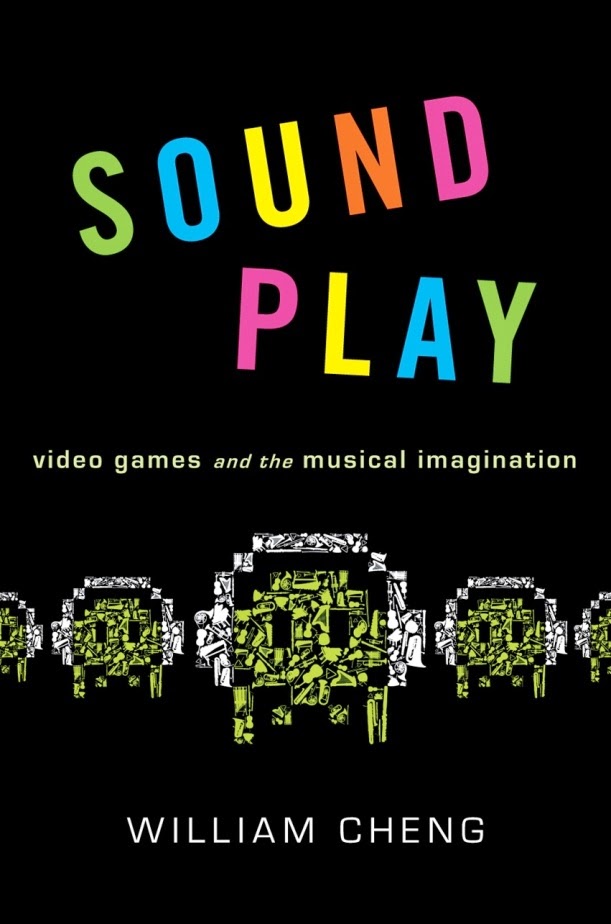 Innovations in video games and game music over recent decades have furnished new ways to think through matters of sound and play. Many games grant opportunities to interact with audio phenomena in manners that might not be prudent, practical, or possible in the physical world. In virtual environments, there’s unusual license to play with sound, to push the boundaries of its signifying and sensational capabilities in diverse, fantastical contexts. Sound Play lends an ear to how video games give rise to imaginative—often transgressive—forms of sonic engagement. It delves into how game creators, composers, and players employ (or otherwise come into contact with) music, noise, voice, and silence in ways that purposefully or inadvertently challenge social rules, cultural conventions, technical limitations, aesthetic norms, and ethical codes. Designers of games constantly surprise players with novel concepts and products. Players in turn persistently strike up emergent behaviors that designers themselves might not have anticipated or intended.

The title Sound Play captures two of this book’s leading claims. First, the phrase emphasizes the imaginative ways in which individuals play with sound via video games. And second, it raises issues about the perceived soundness of play, the oft-remarked sense of safety, impunity, and distance that people ostensibly experience in virtual and online settings. In multiplayer games, it is common for players to trot out excuses such as I was just (role)playing! or It’s just a game! when facing accusations of foul play. In the real world, one might think twice before rounding up five friends to bombard an auction hall with unsynchronized bagpipe music—yet I’ve seen players simulate this sort of performance in virtual Middle-earth. Similarly, one cannot expect to be easily pardoned for verbal sexual harassment in face-to-face scenarios, but these kinds of offenses (carried out with voice chat) have become part and parcel of online shooter games.

Players who act out through sound or speech in online games sometimes downplay the severity of their transgressions by explaining that it’s only music or only words. How bad can music spamming or verbal abuse really be? Sticks and stones . . . or so the saying goes. In multiplayer games, infractions like cheating and hacking are typically met with swift rebuke from fellow players or even official sanctions from game administrators. Sound-based infringements, by contrast, frequently get a free pass. This double standard may be due to widespread presumptions about the recreational nature of music, the relative innocuousness of speech, and more generally, the intangibility and ephemerality of sound. For some individuals, playing with sound in a video game can feel akin to engaging a diversionary object within an already diversionary medium. It is this double frivolity—in effect, make-believe twice over—that may embolden players and game designers to experiment with audio materials in ways that would be impractical, immoral, or objectionable in analogous real-world situations.

Instances of transgression can be paradoxically crucial to an understanding of social order because they lay bare the very rules and borders that might—in times of obedience—go unremarked or wholly unnoticed. Only when laws are broken (or under imminent threat of defiance) do we pay them much heed. Liberties taken in and with games can ultimately teach us profound things about what music is or isn’t, how it works, what it’s good for, and why and to whom these questions should matter in broader contexts. If play is an important part of music, it follows that games should provide an effective medium through which to rethink a number of familiar musical topics. Sound Play is at heart an enterprise in reciprocal critique: besides investigating video games and game audio from interdisciplinary perspectives, the book mobilizes its conclusions to reassess certain biases and rubrics entrenched in musicology, cultural theory, media studies, communications, and related fields. All in all, the sounds of play and the play of sounds can do much to expand conventional wisdom about aurality, performance, expression, creativity, authoriality, liveness, authenticity, labor, free will, aesthetic autonomy, violence, and a host of additional subjects.