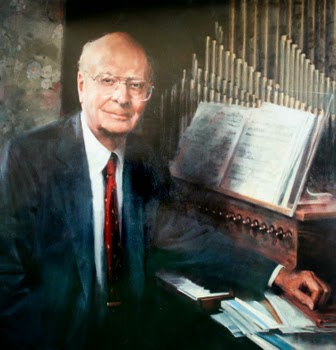 Bill Scheide was known to musicians everywhere as owner of the Haussman portrait (second version, 1748) of J. S. Bach, widely known as “the Scheide Bach portrait.” It hung in his living room, where it was pretty well open to viewing by anyone who cared to drop by, including every Bach seminar--and there were plenty--offered by Arthur Mendel and his successors. It is said that Elliot Forbes's little boy once asked Scheide's little boy who that man was over the fireplace. “That's the man,” replied young Scheide, “who writes my daddy's music.” 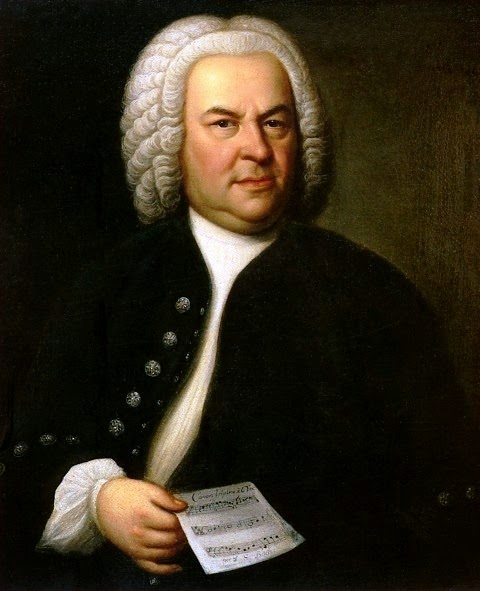 Another boy who, earlier, knew the portrait was John Eliot Gardiner. It had been left during World War II by its German owner for safe-keeping with Gardiner's father in Dorset. “I passed it every day of my life until 1951,” he writes, “when it was sold to Bill Scheide” (see also the opening paragraphs of Gardiner's Bach: Music in the Castle of Heaven, Knopf, 2013). The Scheide Bach portrait has been bequeathed to the Leipzig Bach-Archiv, of which Scheide was founding curator and later director emeritus.

An accomplished pianist, organist, and oboist, he graduated from Princeton in 1936 and took a MA at Columbia in 1940 with a thesis on Bach. Identifying the centrality of the cantatas early on, he established the Bach Aria Group in 1946 (including among others Eileen Farrell and Julius Baker) and led it through 1980. He contributed some 10 articles to the Bach-Jahrbuch between 1959 and 2003.

What musicians might not know is that, at the request of Thurgood Marshall, Scheide provided the primary financial backing for the lawsuit Brown vs. Board of Education (1954); then went on to become the most generous single donor to the NAACP Legal Defense Fund.

The family fortune (Standard Oil) and passion for collecting books devolved to him from his grandfather, William T. Scheide, and father, John H. Scheide; Bill's room in the family house was just over the library. The Scheide Library is now housed in the Firestone Memorial Library at Princeton; it holds all four early printed bibles, first editions of Shakespeare and Milton, and manuscripts of Bach, Beethoven, and Schubert. At Princeton Scheide also financed the remodel of the Woolworth Center of Musical Studies to include a three-story facility now called the Arthur Mendel Music Library; endowed a professorship in music history and and undergraduate scholarship program; and underwrote a wide variety of initiatives in the humanities and arts. The Scheide Concerts at Princeton have in recent years produced an annual birthday concert to benefit worthy causes in the region.

Scheide made a major gift to the American Musicological Society's 50th-anniversary capital campaign (AMS 50) in memory of Arthur Mendel, funding in perpetuity a portion of one of the AMS 50 dissertation-year fellowships, and was a donor to the 75th-anniversary campaign (OPUS).

Scheide's 80th birthday was celebrated with the publication of The Same Purposeful Instant: Essays in Honor of William H. Scheide (Princeton University Library) and an honorary doctorate; his 90th, with the publication of For William H. Scheide: Fifty Years of Collecting: 6 January 2004 (Princeton University Library); his 95th, with a special issue of the Newsletter of the American Bach Society; his 100th, with conspicuous general merriment, televised.

Scheide died on November 14, 2014, at his home in Princeton, New Jersey. A formal obituary will appear in a forthcoming issue of the American Musicological Society's Newsletter.