On Letters, “Discovery,” and Cooperation 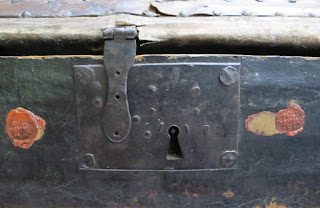 Back in the summer of 2012, I was researching a French-language theater troupe that worked in The Hague at the turn of the eighteenth century. I ran across a short article written by the great theater historian Jan Fransen in the 1938 issue of the Bulletin de la Société des Historiens du Théâtre. Fransen’s article gave a very brief account of an archive he had encountered, writing (in my translation), “The Netherlands possess a Postal Museum in The Hague where, among other curiosities, one may find a certain number of dead letters.” Some of these letters were intended for French actors; since Fransen and his colleagues of the Société were at the time creating biographical dictionaries of itinerant actors, he decided to publish transcriptions of seven letters that provided precious information. Fransen’s commentary on the letters is light, mostly raising questions about identity or trajectory, questions that were partially answered by the editor of the Bulletin, Max Fuchs, at the end of this short contribution.

Such an exchange might more readily occur today on the internet, perhaps on a moderated blog like this one. Perhaps communication about the discovery might rather happen privately, through messages sent to the author or through conversations offline. Or it might happen quite organically, without any editorial intervention or even any communication with the scholar(s) involved. Indeed, the recent history of Fransen’s dead letters has included all of these options. The reactions they have received raise questions about the power of letters, the nature of “discovery” as portrayed in the media, and the public, cooperative nature of scholarship today.

Together with my colleague David van der Linden (now at the University of Groningen), I first visited the Museum voor Communicatie (as the Postal Museum is now known) in that summer of 2012. We were there on the invitation of the collection’s curator, Koos Havelaar, and a researcher, Simone Felten, who was at the time preparing a catalogue of the collection as well as a dissertation on the postmasters who created it. What we saw there surpassed our wildest expectations: some 2600 undelivered letters, collected between 1689 and 1707, along with the travel trunk that had been their home for some 300 years. All of the letters remained neatly folded—a rarity, as such letters are usually opened, flattened, and stored in books. And to our great surprise, some 600 of the letters had never been opened, their wax seals and other security devices still intact. David and I were positively crowing: we recognized names, dates, handwriting, histories. We also recognized the magnitude of import such a collection could have. For the letters represent a great cross-section of society—nobles, servants, prisoners of war, ambassadors, merchants, soldiers, lovers, actors, and (yes!) musicians. Over drinks on Het Plein (across from where Constantijn Huygens used to live), we discussed plans with Felten. It was obvious to us that such a collection would need a diverse team of researchers working together. We dreamed big dreams that day, and hoped that one day we would achieve them. Tragically, Felten’s work and journey with us was cut short by cancer. By December of 2012 she was in hospice care; she died in the summer of 2013. Before her death, she ensured that all of her work related to the Brienne Collection (as we are now calling it) was entrusted to the museum, under Havelaar’s care.

Fast forward to March of 2014, the Renaissance Society of America conference in New York City. Inspired by Nadine Akkerman’s talk ”’Informal Diplomacy’: Women’s Letters of Friendship and Intimacy,” I caught her in the hallway. “So there’s this trunk of letters in The Hague…” I began. Akkerman’s eyes widened, and I knew I had met a fellow traveler. Through Nadine, David and I met Jana Dambrogio, Thomas F. Peterson (1957) Conservator at MIT Libraries and the originator of the study of letterlocking, and Jana’s frequent collaborator Daniel Starza Smith of Lincoln College, University of Oxford. Initial meetings with Havelaar at the museum in the summer of 2014 were followed by a key week at Cambridge University (where David had a fellowship) in January of 2015. And the Signed, Sealed, and Undelivered project (SSU) was born—a project that aims to test the limits of how far scholarship and experimentation can go using one circumscribed set of sources.

All six of us were so excited about the potential of this project that we thought we should have to find some way to share it with the world. Daniel learned of an opportunity for a short article to be published in BBC History Magazine; we therefore timed the announcement of our first grant, as well as press releases from our respective universities and the museum and the launching of our website, to coincide with the article’s appearance on 7 November 2015. But it was not the BBC History article that ended up making the big splash—mostly because it was not published online. Instead, the watershed public moment was a story by Maev Kennedy in the Guardian (UK) on 8 November 2015. Over the next days and weeks, the article was shared tens of thousands of times and received hundreds of comments. This was not solely due to regular Guardian readers, however. As we discovered, some 40% of the traffic to Kennedy’s article was directed from Reddit. A thread in the History subreddit devoted to our project received nearly 300 comments. And other articles, as well as TV and radio interviews, proliferated over the next few months. Some of these were written with the direct input of our team (linked here); others were simply translations or adaptations of the original articles published in early November.

I admit that we have lost track of all the spin-off articles. One interesting feature that I have noted, though, is the proliferation of “discovery” stories. It seems that journalists (or perhaps their audiences) still have a predilection for stories about the Lone Scholar making Important Discoveries. Depending on the source for the article, Daniel discovered the trunk—or maybe it was David? Sometimes I discovered the trunk, rarely it was Nadine, and never Jana. (This interesting feature makes me want to add the words “all by Himself” to the moniker “Lone Scholar.”) In truth, none of us “discovered” it at all—we merely brought it to public attention, and are fortunate enough to live in a time when word spreads much faster and much more widely than it did when postmasters Simon de Brienne and Marie Germain were running their empire. And, like Brienne and Germain, who employed a bevy of personnel (including the neurotic accountant Hugo van der Meer who logged all incoming and outgoing post, and all the undelivered letters, and seems to have been the one to begin preserving the letters in the first place), none of us could do this work alone.

And, thanks to the volume of commentary on these many articles, we can now think of the public as further participants in this project. The commentary has been instructive, inspiring, and challenging. A number of themes have emerged. General excitement is one: how great would it be to have made such a “discovery”? Other commentators lament the sorry state of the post today, and are unsurprised to find out that letters went undelivered in the past as well. Comments on the material beauty of the letters, and the complexity of their folding, are common; WNPR in Connecticut even made a short video of how to open locked letters based on models of historic letters, including ones from the Brienne collection, sent by my colleague Jana. Many expressed how much they miss receiving “hard” letters in today’s world of disappearing texts.

Another common theme, and one that I find particularly thought-provoking, has to do with the issue of privacy: is it ethical, or even legal, to be opening others’ mail? (See, for example, the discussion accompanying an article in Der Spiegel). Of course, as other commentators pointed out, these letters are so old that they are most assuredly in the public domain. But the question about ethics is valid—especially considering the fact that many of the letter writers were marginalized in their own time. It is not for nothing that the letters were undelivered: many of the intended recipients had no fixed addresses; experienced homelessness and/or poverty; had to keep moving to stay one step ahead of creditors; lived through violence or trauma; were refugees or prisoners, ethnic or religious minorities. The same could be said for many of the senders—whose words in these letters, after all, are often the only trace that they have left on the historical record. Some of the senders were indeed illiterate, hiring professional letter writers in order to express their cares and concerns.

How can we as scholars in allied disciplines—academics, conservators, curators, imaging and technical experts—responsibly and ethically present their stories without further marginalizing these people, whose stories and experiences still resonate today? I believe it is important that we endeavor to do so. For, as one commentator on the Guardian website remarked, “if only someone tried to read all the undelivered messages that we keep inside us too.” If only.

Rebekah Ahrendt is Assistant Professor in the Department of Music at Yale University. She also plays the viola da gamba, like at least three of the intended recipients of Brienne Collection letters.