Music do I hear?

Ross Duffin discusses the types of musical arrangements featured in Shakespeare's theater in a wonderful post featured on the Oxford University Press Blog.  Click here for the link and for more information on his chapter "Music and the Stage in the Time of Shakespeare" in the forthcoming volume, The Oxford Handbook of the Age of Shakespeare, from which this post is excerpted. 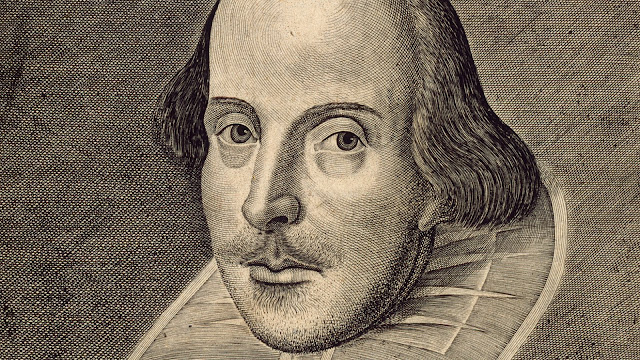 Reflection on Music & Activism in the Wake of Orlando

Since the Pulse Nightclub shootings on 12 June 2016, I’ve been thinking a lot about the roles of music and musicology in political activism. How can music soothe individual, collective, and national traumas? What can musicologists do in their work to bridge the yawning gaps between the Ivory Tower and the street? Over the past few weeks, I’ve paid special attention to reports from rallies, vigils, and other events that erupted into song. Outside The Stonewall Inn, thousands sang “We Shall Overcome.” A London gay men’s chorus offered “Bridge Over Troubled Water” during a vigil, and a somber procession to the Providence statehouse ended with “Amazing Grace.” and The Orlando gay men’s chorus assured us that “You’ll Never Walk Alone.” Melissa Ethridge wrote a song called “Pulse,” and a group of artists recorded a “We-Are-The-World” style anthem called “Hands.”

Communal singing as an expression of collective identity or solidarity is nothing new, of course. African American spirituals, folk songs, and religious hymns acquired new meanings as they were used in conjunction with labor, Civil Rights, antiwar, and other political movements. So, it isn’t exactly surprising when groups from Seattle to New York gathered to mourn and protest the Orland shootings turned to a “time-honored anthem of liberation, which has spread through grassroots political struggle” like “We Shall Overcome.” [1] What’s striking in the wake of Orlando is this use of music to mourn queer loss and to express queer grief. For context: 32 people perished during a 1973 attack on a gay club in New Orleans with no public statements of solidarity, mourning, or militancy; no public vigils; no communal singing. Many families of the dead refused to claim the bodies because they didn’t want to acknowledge their gay relatives; numerous did not carry identification into the bar because same-sex activity was illegal in Louisiana under draconian sodomy statues that were only repealed in 2003.

The coincidence of the Orlando shootings with Gay Pride Month and the anniversary of the SCOTUS marriage equality ruling offers an opportunity to reflect on the cultures of activism that queer loss and love, mourning and militancy engender and the changes in queer politics and visibility between 1973 and 2016, a period that saw the removal of homosexuality from the APA’s list of mental illnesses, the gradual repeal of sodomy laws, and the groping progress toward national gay rights in the US.

Antigay violence has dragged its ragged nails across the psyches of LGBTQ+s. We rely on gay institutions for shelter and sanctuary. Recently, three gay survivors of the AIDS crisis shared the lessons they learned from that season of pain. Steve Rayome drew strength from his queer community, particularly from a Gay Men’s Chorus.For Justin Torres gay bars provide QOCs a double sense of safety: refuge from the homophobia of straight America and the racism of white gays. “It’s sacred,” Torres recently told NPR, “you go, and you worship […] You dance. You celebrate. You connect […] you’re kind of allowed to be free in a way that feels so difficult so often.” Walter Hughes makes a similar point, accenting the disciplinary rather than the ecstatic, in his “In the Empire of the Beat.”

The gay dance club is a social environment, refuge, political space, and soundworld where every gesture—from the moment you enter, order a drink, and hit the floor—grooves to a ubiquitous beat. The crowd pulses like a lung breathing in the same sound. Conversations break off and rejoin; bodies become slaves to the rhythm. The building itself throbs with the booming bass. In the club, we let loose of subjectivity and control, forgetting the politics of the closet, biological family, economics, loneliness.

Music helps queers fashion social, sexual, and political selves. And it’s something we’ve always done. From the contemplative atmosphere of a Cris Williamson record, Sylvester’s glittery exuberance, and our pantheon of big voiced divas, to the bump and grind of an Orlando dance club, queer sounds forge zones of socialization, politicization, erotics, friendship, and community, a process Fiona Buckland calls “queer world-making.” Our joys, sorrows, losses, and loves have been etched into vinyl grooves and digital data over the last century.

In the wake of Orlando, I’ve been questioning the place of musicology in activism. This doesn’t mean that musicologists have to take to the streets; it also doesn’t mean that some of us haven’t. But our work rarely trickles down from the spires of academia into those same streets. Recently, I re-read Cusick’s brilliant 1994 essay on lesbian musicality and was enthralled by her solution to this problem: teaching music-as-sex(uality), as power/pleasure/intimacy. My work is motivated by the continued need to assert a queer presence in historical narratives because queer subjects typically fall out of the curriculum outside of niche university classes.

HIV/AIDS decimated the community of queers who would have provided my generation a template for a new world based on the goals of Gay Liberation and Second Wave Feminist thought. Through its passivity toward AIDS, the US Government declared war of war on people living with AIDS, an egregious attack whose wounds remain unhealed. AIDS activists grieved, mourned, fought back, acted up, and changed history. We are direct beneficiaries of that activist work.

In 1987, The Flirtations sang on street corners, ACT UP rallies, and  stages around the world. They exuded queer jouissance, campy humor, safe sex information, gay pride, social consciousness, and celebrated every shade in the fabulous queer rainbow. Their arrangement of Fred Small’s, “Everything Possible," asked audiences to envision a world changed by its message. They harnessed the power Labbi Saffre’s anti-Apartheid anthem “Something Inside So Strong,” at a time when Ronald Reagan's malicious neglect of the growing epidemic originated from an aggressively anti-gay ideology. As the group’s signature closing numbers, these songs packed a powerful pro-gay punch. As I write, heartsick over the loss of so many of our queer brothers and sisters in Orlando, I can think of no more fitting tribute to dead and to the living.

Activism must follow mourning and grief. What exactly academic activism looks like is a question for which there is no easy answer. A recent New York Times op-ed admonished academics to don the veils of objectivity: “it’s [your] job to teach students how to handle archival materials, how to distinguish between reliable and unreliable evidence, how to build a persuasive account of a disputed in event, in short, how to perform as historians, not as seers or political gurus.” Author Stanley Fish then makes the claim that once academic institutions declare political positions, they “cease to be academic organizations.” This strikes me as retrograde to say the least.

The walls of the academy are porous; politics animates academic work, gives it a context and meaning. Violence and its attendant human losses are now fixtures of campus life. Seven of the Orlando victims were students at Valencia College. Students from Emory and Berkeley died in the terrorist attack in Bangladesh. And domestic terrorists have gunned down students and faculty on our own campuses.

We need—and our students need—engaged scholarly practices attuned to the place of music, politics, and culture; we need to use our works to address violence, injustice, discrimination, misogyny, homophobia, in short, to address politics when- and wherever we may hear it.

Matthew J. Jones received a PhD in Critical & Comparative Studies in Music from the University of Virginia in 2014. Since, he has been a visiting lecturer at The University of Georgia. His work explores the intersections of music, queerness, illness/disability, and social justice activism. Recent works appear in The Journal of Popular Music Studies and The Journal of the Society of American Music. He is currently at work on a book project about the music, HIV/AIDS activism, and the life of Michael Callen. 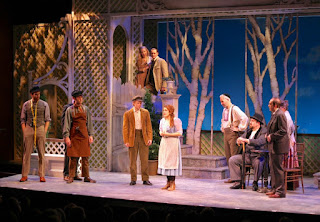 From AMS Member Michael Ochs, a post on his work to bring Di goldene kale back to the stage, from the the Digital Yiddish Theater Project.
1 comment:

In case you haven't already seen it, Alex Ross's piece in the current New Yorker includes in its discussion research AMS Member Suzanne Cusick alongside other scholars.
No comments: