George Michael's Queer Masculinity: An Exploration and an Elegy

Bubblegum pop poster boy. Sophisticated soul singer. Political critic. Reluctant gay icon. Covert philanthropist. These are some of the epithets attached to  George Michael, whose death on 25 December 2016 came near the end of last year's seemingly endless list of casualties. Throughout his career, George Michael has been characterized as a pretty boy, lauded for his vocal talent, and admired as a songwriter and producer.  Less widely acknowledged, however, are his political convictions, which find expression in songs and music videos.

In a recent elegy to the singer, Deb Schwarz echoes the common misconception that Michael's music became more political after his 1998 arrest and subsequent coming out. In George Michael's case, it seems that the politics of genre trump anything that happens in the songs and videos themselves: pop cannot be political. Schwartz and others overlook Michael's thirty-year engagement with political themes. “Wham! Rap (Enjoy What You Do)”  uses the then-novel sound of African American rap to critique the economic stresses of young white English men in the Thatcher era.  “Everything She Wants”  brings to “a sinewy disco-pop boil” a young man's struggle to satisfy the material demands of his pregnant lover. “Monkey” chronicles the impact of addiction on a love affair while both “Hand to Mouth”  and “Praying for Time” grapple with the politics of poverty and apathy. Michael satirized post-9/11 politics, then-US President George W. Bush, and former British Prime Minister Tony Blair in “Shoot the Dog”(2002), a funk-inspired dance song whose lyrics characterize Blair as the lap dog of the Bush administration:

In the chorus, Michael imagines the political pillow talk between Blair and his wife using explicit sexual language to create a clever political pun:

The accompanying music video uses South Park-style animation and biting dialogue to lampoon the two world leaders. In several scenes, Blair appears on all fours, playing fetch and receiving belly rubs for a job well done from the US president. Several George Michael cartoon characters, representing different stages of his career and in the final scene dressed as The Village People, act as a kind of Greek chorus, leading viewers through the Bush-Blair relationship and global politics. 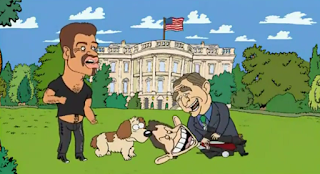 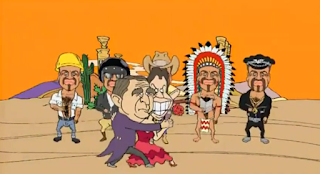 Politics have been central to many of Michael's songs as well as his offstage activism and philanthropic endeavors. However, for gay men in particular, the evolution of George Michael's own sexuality in song and music video, is his real political legacy.

Few artists understood the power of music video like George Michael. Fewer still—Prince, Michael Jackson, and Madonna among them—so effectively used the medium to trickle through the leaky boundaries of gender, sexuality, and celebrity identity.  A master of self-reinvention, Michael created new visual iconography and musical languages for each project. Wham!'s debut Fantastic (1983) presented Michael and Andrew Ridgley as either leather-clad English punks or gay S/M pinups incongruously grooving to the sounds of rap, synth-funk, and disco. Make It Big (1984) offers a brilliant study in blue-eyed soul and '80s yuppie chic. Trading dayglow colors and Aqua Net hair for a studied and stubbled machismo, Michael revealed a new image for Wham!'s final album, Music from the Edge of Heaven (1986).

In Dancing in the Distraction Factory (1992) Andrew Goodwin argues that “in music television, it is posing, rather than acting, that counts,”(107) adding that the sum of images in an artist's music video oeuvre may add up to a larger political, musical, or visual preoccupation as evidenced, for instance, in Bruce Springsteen's ongoing exploration of “how to be an American” (110). George Michael's experiments in masculine iconography have roots in working-class manhood and an urban gay appropriation of that style known as the clone. With the release of Faith (1987), Michael perfected the image, and ironically cemented his sex-symbol status among legions of female fans. In the age of music video, this specific masculine style allowed Michael to signal to multiple audiences. His mopey, doe-eyed sadness in “A Different Corner” (1986) fit safely within the world of boyband ballads. And the Faith-era clone image allowed him to access some degree of rock authenticity, attract women fans, and appeal to gay listeners who saw their own community in the clone. Although music videos from the album explored other forms of masculinity, it is the specific mixture of Brando-esque bad boy and gay clone which casts the longest shadow over Michael's image. 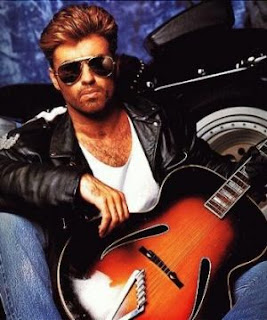 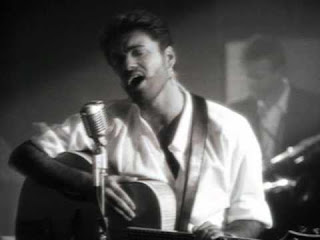 Crooning in “Kissing a Fool” 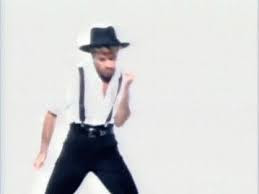 Dancing by Himself in “Monkey” 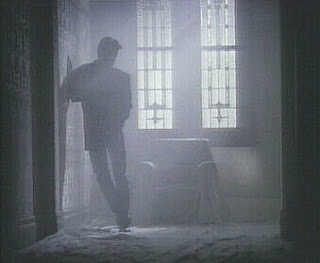 Forlorn in “One More Try”

Weary of superstardom at the dawn of the '90s, Michael turned his back on celebrity with the release of the moody, introspective Listen Without Prejudice, Volume 1—an album that spawned a respectable three hits but failed to match the success of its predecessor. Famously, he refused to appear in music videos for the album, opting instead for a precursor to the Lyric Video (a genre of music video popularized on YouTube in which the song's lyrics are presented on the screen) for “Praying for Time” and glamorous models lip-syncing in a New York City loft in “Freedom 90.” The latter song and video signaled a new era of self-representation. The lyrics follow Michael's career from Fantastic through Faith but also refer to profound identity conflicts:

On one hand, these lyrics describe feelings of frustration that anyone can experience. On the other, to LGBTQ listeners, they describe the acutely stifling atmosphere inside the closet. “Freedom 90” was George Michael's coming out anthem, and just to drive the point home, he systematically destroyed the leather jacket, electric guitar, and jukebox he dragged through the Faith years. From those ashes, he emerged as an out gay man on Older (1996), an album dedicated to Anselmo Feleppa, Michael's lover who died of an AIDS-related brain hemorrhage in 1993. Feleppa is also the subject of “Jesus to a Child” (Older, 1996) and “Please Send Me Someone (Anselmo's Song)” (Patience, 2004).  For the next twelve years, George Michael negotiated the world of superstardom as an openly gay man whose disposition was ill-suited for that role. His infamous 1998 arrest, struggles with addiction, and other personal problems kept his name in the tabloids more often than new music kept it in the Billboard charts.

George Michael has been remembered as an icon of gay identity by members of his generation. This is, in part, because he grew up and into his sexuality alongside his peers, who witnessed the transformations. Expressions of grief from journalists of his generation abound, and almost all mention the importance of Michael's coming out. NPR's Barry Walters writes that Michael “was almost always essentially out anyway; only briefly during Wham!'s commercial peak did demands of the closet chafe against his music.” Ann Powers described him not as a throwaway pop artist but as “a complete pop auteur,” a gay man who struggled with fame and the closet, and an “icon of liberation.” Jason King pithily described Michael as “transgressive from the center” of the pop world. And although it took Carl Wilson “a long time to come around to acknowledging the extent of Michael's artistry,” he gradually filled in the “gaps in his attention to [the] full story.” Social media groups dedicated to the singer are replete with loving tributes and memorials from fans who followed his career from Wham! to Symphonica with rapt and loving attention.

However, Gen Xers aren't the only stakeholders in the battle over Michael's legacy. Those of us, like myself, who were born in the gap between Gen X and Millennials were listening and watching, too. I distinctly remember the neon exuberance of “Wake Me Up” and how it got us dancing in the elementary school lunchroom and the living room at home, and although I didn't know what “Everything She Wants” was about as a six-year-old, I found its funky bass line and moody synths irresistible. When my cousin gave me the cassette of Faith for Christmas in 1987, much to the chagrin of my mother who found “I Want Your Sex” too risqué for children, she was acknowledging both my lifelong adoration of Michael's music and my own fledgling homosexuality. George Michael offered gay men of my generation something precious: a map toward gay male adulthood for a those of us who were robbed by AIDS of role models who might have shown us the way. In an era in which precious few stars dealt with their homosexuality in public (even Elton John and Freddie Mercury were cagey with the press in the '80s), George Michael sang us through our awkward and uncomfortable adolescence as we realized that our gay desires clashed with the heterocentric and heteronormative world around us. “Freedom 90” was a revelation. A parade of supermodels lip-synched the song as they struck poses in a decrepit New York City loft. Like those models, though with far less glamour, I mouthed the words to that song in the bedroom of my North Georgia home, silently singing “there's just someone else I've got to be.” As I and other men of my generation struggled to find our own queer voice, George Michael lent us his. 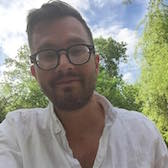 Matthew J. Jones is a Visiting Assistant Professor in Women’s, Gender, and Sexuality Studies at Miami University. He received his doctorate in Critical & Comparative Studies of Music in 2014 from The University of Virginia. His dissertation, “How to Make Music in an Epidemic: Hearing AIDS, 1981-1996,” explores the representation of HIV/AIDS in popular song and the musical activism that flourished in response to the epidemic. His work appears in The Journal of Popular Music Studies and The Journal of the Society for American Music with forthcoming essays on affect, activism, and AIDS and “crip virtuosity” and Joni Mitchell’s guitar style which will appear in 2017. He is currently at work on a monograph about the life, legacy, and music of Michael Callen.