Quick Takes on Rogue One: Leitmotivic Use vs. Mention

When approaching franchises that boast networks of leitmotifs, I find it helpful to bring in the use/mention distinction from the philosophy of language. In everyday speech, the distinction is fairly straightforward, exemplified in the difference between the two statements: While the first sentence uses the word "leitmotiv" to say something about film scoring practice, the second sentence mentions the word in a more abstract way; it points to itself. Mention, unlike use, draws attention to a signifier as such, its status as an utterance or element of a discourse. Can music do the same thing? Is there a difference between the following pair of melodies?
Musical themes are, of course, not words, despite having word-like qualities (London 2000). The use/mention distinction is best applied as an informal heuristic rather than part of a rigorous theory of leitmotivic semiosis. Nevertheless, I believe it can get at that sense in which themes are sometimes deployed "in quotation marks," so to speak. This is opposed to Wagnerian musical prose in its ideal form, in which continuously varied and transforming motives constitute—and in a sense motivate—the entire musical fabric.

Neither paradigm is intrinsically worthier than the other, though critics of leitmotif have tended to treat the propensity for "mere" mention as an aesthetic shortcoming, musical signposting of the crudest sort. But this overlooks the delights and complexities inherent in quotation. After all, a certain stripe of fan loves mentions, regardless of their tendency to breach cinematic immersion. Indeed, self-reflexivity has become an increasingly important aspect of modern media. Attentive filmgoers relish picking out in-jokes and callbacks, even (especially!) when not justified on storytelling grounds.

Rogue One has more than its share of obscure references, and Michael Giacchino has elsewhere proven himself a the lover of compositional Easter Eggs (Godsall 2014), populating his scores with little nods to his own work or that of others. Film music is, of course, an extravagantly citational art-form, the original Star Wars: Episode IV score being a particularly famous example of this. As a skillful pasticheur, Giacchino captures the sound of Williams' musical heptalogy through, among other means, layered intertextual allusions. Note, for instance, the richly scored sonorities when the heroes first arrive at Yavin 4—this is a reference to Williams's earlier Episode IV references to William Walton's yet earlier references to Elgar's nobilmente style. And down it goes.

The more internal history a franchise has, the deeper the well of leitmotifs it can draw from, the greater the temptation towards a mention-paradigm. But while there are a few instances of leitmotifs behaving in an entirely citational way in the Williams-scored episodes, most exist somewhere between musically-driven use and more allusive or memory-justified mentions.

Giacchino, I believe, continues this balancing act. His new themes are well-developed, and rarely deployed in an excessively literal-minded way. Jynn's motif, in particular, is applied in a semantically loose fashion, acting more as an all-purpose "mythic" theme than a sonic calling-card for Felicity Jones. Giacchino's original themes are also capable of referring to earlier ideas, but do so indirectly, by working in small elements of familiar leitmotifs: a characteristic rhythm or interval here, a suggestive chord progression there. Family resemblances like these allow the leitmotifs for Krennic and Chirrut, for instance, to sound of a piece with Williams's originals—more remix than regurgitation.

This is not to say Giacchino does not include some requisite iterations of established tunes—the Rebel, Death Star, and Imperial motifs from Episode IV are all well if sparingly represented. On the other hand, the Imperial March cannot help but sound citational, rather than musically integral. I believe this owes to four factors: 1) the theme's fame and iconicity; 2) its rarity (and thus markedness) in Rogue One; 3) its participation in a pair of narratively shoe-horned-in scenes; and 4) its treatment as a character leitmotif, rather than the more denotatively flexible way it had been treated in the prequels. The Imperial March is musical fan-service, its appearances surrounded by glowing red quotation marks.[1]

One of the most effective moments in Giacchino’s score involves a shift from use to mention. The Rebels are preparing an offensive, to the accompaniment of a contrapuntal mélange of the Force Theme and a new march melody. This march is itself thick in allusions, tipping its hat to Giacchino's military style in mood, William's neo-Baroque style in texture, and several earlier Star Wars motifs in melodic detail. Despite its allusive density, the music does not draw attention to these citations, chugging along of its own accord, contributing to mood without screaming "reference!" This changes the second Bail Organa elliptically refers to someone he trusts. The score suddenly opens up with an expansive (though extremely truncated) variant of Princess Leia's theme. The moment is a big neon sign saying "pay attention, this is Leia!." For listeners familiar with the Star Wars motivic lexicon, the intended referent of that musical mention will be clear—and, with Carrie Fisher's recent passing, especially poignant.


[1] It's not all so on-the-nose. Giacchino smartly reduces the Imperial March down to its harmonic skeleton for the choral version that appears when Vader cuts down the Rebels. Because of this act of compositional deconstruction, the sequence's score falls more on the side of use than mention. 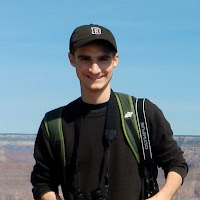 Frank Lehman is an Assistant Professor of Music Theory at Tufts University. His work on chromaticism in film music will appear in a forthcoming monograph with Oxford University Press. Website HERE .