A View from the Ivory Cornfields: Ethical Teaching at a Public University After the 2016 Election - Teaching Under Trump Series

[Ed. Note: This is the second of five posts in a series where teacher/scholars reflect on the challenges and opportunities of teaching music after following the election of Donald Trump.] 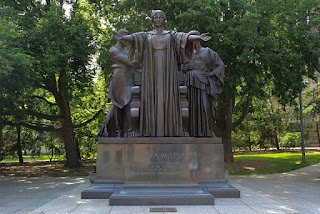 As is typical at academic institutions across the nation, there are certain iconic locations on the campus of the University of Illinois at Urbana-Champaign (UIUC) that have become de facto public forums for exercises in civic action.  Most weekdays during the academic year, the historic central quadrangle is a riot of conflicting voices. Passers-by are urged by student groups, union organizers, itinerant preachers, and countless sidewalk messages (drawn in a rainbow of chalk colors) to pay heed to any number of causes animating the more than 50,000 students and staff that comprise the social body of this venerable 150-year old institution. A few dozen steps to the northwest of the quad and in front of the Henry Administration building, the extended arms of the beloved “Alma Mater” statue beckon the bustling crowds of the commercial “Campustown” district inward, her twin attendants “Learning” and “Labor” providing an evocative backdrop both for graduation photographs and for frequent public protests seeking to capture the attention of the campus leaders meeting nearby.

However, not every member of the UIUC community feels equally comfortable participating in these activities. In general, students and community activists form the core of the attendees at politically-charged events, as UIUC’s interpretation of a passage in the State of Illinois Constitution stating that “public funds, property or credit shall be used only for public purposes,”[1] and a corresponding section of the State Officials and Employees Ethics Act prohibiting university resources for activities connecting to political campaigns cautions faculty and staff to be vigilant in keeping such work separate from their fulfillment of their research, teaching, and service obligations.[2] Though the university Campus Administrative Manual explicitly states that these prescriptions apply only to political campaigning and “certainly are not intended to limit discussion among scholars and others regarding political or campaign issues or candidates,” many untenured faculty and staff nervous about continued employment choose to limit their participation to avoid the appearance of impropriety.[3]

This year, something changed. Donald Trump’s success in the national political arena posed urgent questions regarding the civic obligations of educators and state employees, and academics of all disciplines and levels of seniority at Illinois started grappling with what their jobs mean in this new reality. As scholars and stewards of a public educational project, we are entrusted with shaping the trajectories of the next intellectual generation. Moreover, though the rhetoric of academia emphasizes distance and objectivity, it is impossible to discharge this responsibility apolitically; significance adheres to inaction as well as action.


As I walked toward UIUC’s School of Music the second week of November, every surface of the square surrounding the Alma Mater and her plinth was covered with chalk graffiti. Energy radiated from every surface, as message after message proclaimed "Trump speaks for us," "Lock her up," "POC: I think for myself," and various expressions of white supremacy. A few steps further along, the central quad was similarly decorated with heartfelt chalk slogans, this time broadcasting sentiments such as "Muslim lives matter," "Undocumented students: there are no walls here," "Love trumps hate," and the like. It was my impression that there were roughly equal numbers of slogans in both places, but depending on the location one stood, only one sentiment came through at a time.

Music has historically prided itself on being a discipline that thrives on collaboration and collective agency, and musicology (variously configured) has many roles to play in articulating the ways these group dynamics shape our classrooms as well as our culture. We constantly urge our students to draw connections between what they are doing as players and scholars, model the respectful exchange of ideas in our seminar rooms, and seek to demonstrate how careful thought shapes heightened creativity and self-expression. And certainly we have long reconciled ourselves to the reality that even our most attentive students may use the tools we have given them in ways we did not anticipate or may not approve of. Yet it is not enough to simply hope that these virtues will be self-evident, or self-sustaining away from the supporting lattices of our curricula and degree requirements. The 2016 election revealed an American electorate set on screaming to all hearers that self-interest is better defended through conflict than collaboration.  As Brecht and Weill had the ensemble sing gaily in The Rise and Fall of the City of Mahagonny (as their city is threatened with destruction), “If someone is doing some trampling, that’ll be me, and if someone is getting trampled, that’ll be you.”[4] Music(ology) needs to share responsibility for demonstrating that this position is neither inevitable nor permanent.

Back on campus on November 2016, I found myself facing a class of 100 students who were most of the way through a survey of western European music before 1750 CE, telling them that the morning after the election was the first time in a long while that I had felt truly glad that I had given early music serious study. I was glad that I had studied how anonymous people working within top-down authority structures found ways to make their voices heard (though almost certainly misinterpreted), through such means as marginal glosses, tropes, and contrafacta.  I was glad I had the opportunity to read about people like Philippe de Vitry and Martin le Franc, who roughly 100 years apart both saw themselves standing at the edge of a new age, and that as a scholar I had developed the critical ability to see how that perspective proved both right and wrong. As a scholar who has worked on the Roman de Fauvel, I was glad that I had seen people feel like the end of the world was coming, and do amazing things in spite (and occasionally because) of it. And I was glad that I had seen how music defined communities that could transcend other boundaries.


It was not just in my class’ discussion of early music that these exercises in “socially aware musicology” were occurring. Elsewhere in the Music building, a colleague who studies music in Brazil was talking about how during the military dictatorship of the mid-twentieth century, jazz and popular music were shaped both by political authority and by musicians using music to covertly express explosive ideas. After the Society for Ethnomusicology conference, members of the School of Music and the larger campus community came together around the topic of music and protest, discussing what makes a good protest song and singing together in a large classroom with bay windows that face outward onto a busy commercial street. As a result, almost all of us are thinking about how the music we choose to highlight in class speaks to themes of how our nation looks at itself and the world beyond.


What does this mean for public education in the wake of the November election? On its own, not much. It is in the nature of aggregates that every individual component is infinitesimally small when compared to the larger body operating on a different scale. But at the same time, those small actions add up. Our voices are heard by our colleagues and our students, and we can be politically engaged without (as the Illinois statutes warn) “promoting a particular political campaign.” As individuals adding up to a collective, indeed this may be critical to our success in research, teaching, and especially the service of our public university. Our Alma Mater. 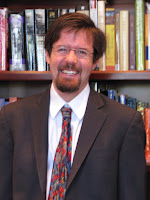 Christopher Macklin is an Assistant Professor of Musicology at the University of Illinois at Urbana-Champaign. He is interested in the scientific and religious framing of music as a corporeal practice, with articles appearing in periodicals such as Plainsong & Medieval Music, Early Music History, and the Journal of the Royal Music Association. He is also a devoted student of Hindustani classical music, studying tabla with Rushi Vakil with the blessings of Pt. Divyang Vakil.