Dissertation Digest: Parisian Music Journalism and the Politics of the Piano

If you lived in France in September 1833, and you wanted to read a journal about music, you had one option: the erudite, expensive, and sometimes stodgy Revue musicale (Musical Review). By January 1834, you could have chosen among six. There had only ever been enough readership to maintain one music journal at a time in France, but over the course of the winter of 1833–34 there was an explosion of new music journals. Since specialist music journalism was a relatively new medium, few standards existed, and each journal invented its own innovative strategies borrowed from literary journals and newspapers to attract subscribers. One of these journals, Le Pianiste (The Pianist), was so experimental it was the first journal devoted to a single instrument in France, and it was one of the most popular with about three times the readership of Revue musicale. The owner of the Revue, François-Joseph Fétis, admitted that Le Pianiste was “ingenious” but “naive.”[1] The journal ran for just two years, until the time when Louis Philippe, the king, reinstituted strict censorship in September 1835. These laws made the lithographs for which Le Pianiste was known illegal, and the journal closed a few weeks later. My dissertation, ‘Le Pianiste:’ Parisian Music Journalism and the Politics of the Piano, 1833–35, is an analysis of Le Pianiste that significantly alters our understanding of French piano music from the turn of the nineteenth century to the early 1830s. 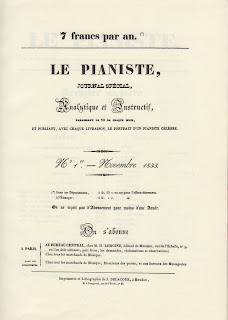 Le Pianiste has been “of great documentary interest” but the fact that its authors were misattributed, among other uncertainties, has prevented the journal from being easily understood as a source.[2] My dissertation research at the Archives nationales (French National Archives) included finding the printer’s legal declarations, allowing me to show that Le Pianiste was written by just two men, Henry Lemoine (1786–1854) and Charles Chaulieu (1788–1849). Lemoine and Chaulieu were professional pianists, composers, and publishers, as well as childhood friends and students of the same piano teacher at the Paris Conservatoire, Louis Adam (1758–1848). Understanding this authorship lends itself to reading the journal in a newly meaningful way. Instead of viewing this document as a chronicle of time, I read it as a text, as a journal of a particular piano coterie that sheds new light not only on the world of Lemoine and Chaulieu, but also on their fellow classmates Ferdinand Hérold (1791–1833) and Frédéric Kalkbrenner (1785–1849), who as a group were once considered the “promising” fruit of a new generation of pianists in post-Revolutionary France.[3] By extension, this study is an examination of the musical environment in which they lived. Le Pianiste is part diary, part history lesson, part advertisement from men who have little to no other known extant writing, thereby providing a new window into the musical world of Paris in the first three decades of the nineteenth century. 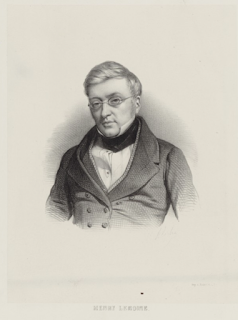 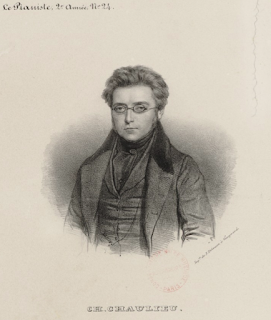 This window, however, is not pristine. The information the journal contains is heavily mediated by the demands of its medium. When musicologists look at historic music criticism, it is usually presumed that the opinions contained within were honest assessments written by independent critics; my methodology focuses on how we can, and should, instead reconstruct history from music journalism and avoid being misled by a nineteenth-century music publisher’s propaganda. To undertake such a reconstruction, we must first consider how the music journal as a type of media encodes information, how it exaggerates certain ideas and hides others, or how it retells history in a way that would be interesting for its current audience. Further, we must understand journalistic standards of the nineteenth century as entirely different from our own. Many music journals were owned by music publishers, which meant that their contents served the overarching publishing business above all else. Lemoine was a publisher, and Le Pianiste, like other publishing-house journals, praised the artists published by its parent. But it was rare for artists to have exclusive relationships with publishers, so articles were crafted with various competing interests in mind. By today’s standards, that a journalist would let the record of his opinions be altered by the financial demands of his boss seems terribly corrupt, but this arrangement was endemic and routine.

Rather than seeing the venality of the symbiotic publishing and journalistic industries of nineteenth-century France as a weakness, my work probes the competing interests of Lemoine and Chaulieu to contextualize the information hidden in Le Pianiste’s allusive and aphoristic text. The result is focused on several interrelated themes. For one, Lemoine and Chaulieu were concerned that the rise of the “Beethoven paradigm” — that the composer is a master genius, that a musical work exists on paper, that pieces “belong” to the composer, for instance — was distorting the public’s understanding of the recent French musical past. Complicating matters was a recent embarrassing trend: Ignaz Moscheles’s Parisian debut in 1821 had created an appetite for virtuosity that defined the 1820s. His style was notable for the prevalence of what Lemoine and Chaulieu called “tours d’adresse” — “feats of skill” or “tricks.” And this, coupled with the decline of the patronage system had altered the musical landscape in such a way that even composers who fought against the trend were defined by their participation in it. Lemoine and Chaulieu believed that the penchant for tours d’adresse had irreparably altered how the public approached music, because these tricks “jumped to the eyes” instead of the ears, and they reinforced sameness rather than challenging audiences by difference.[4] The cure, as they saw it, was to reconnect with four composers whom they dubbed the “fathers of piano:” Muzio Clementi (1746–1832), Daniel Steibelt (1765–1823), Jan Ladislav Dussek (1760–1812), and Johann-Baptiste Cramer (1751–1858). This approach might seem simply conservative, but Le Pianiste’s authors did not wish to recreate the past. They wanted to fortify future music through an awareness of Parisian history. The tensions that Lemoine and Chaulieu lay bare are heightened by a burgeoning idea of a canon and a prescient concern that the rise of German Romanticism was causing the French pianistic past — something developed in relative isolation and therefore opaque to outsiders — to be misunderstood, neglected, and ultimately forgotten.

If we wish to better appreciate this music, Le Pianiste shows us that the way we listen, or at least, what we prize, is different from what Lemoine and Chaulieu did. We teach ourselves to listen structurally, to seek out motivic transformations, recapitulations, and other formal signposts. French music in the early nineteenth century was focused instead on aesthetic moments, ephemeral sensations, and a sense of play where scores were altered in performance. While my research on Le Pianiste raises as many questions about career-building, canon formation, and musical aesthetics as it answers, it makes clear that there is an entire world in this music that has been lost in aesthetic translation.

Shaena Weitz holds a PhD in historical musicology from the City University of New York Graduate Center. Her research focuses on excavating the cultural practices that mediated music making and musical understanding in early nineteenth-century French pianism,and she has secondary interests in music journalism, reception theory, and popular music. Her article entitled “Le Pianiste and Its History of Pianism in Paris” appears in Piano Culture in 19th-Century Paris (Brepols: 2015).