Humanities. A summer of glossy manifestos and thoroughgoing press response kicked off when Harvard published its treatise on the future of arts and humanities there. In mid June the American Academy of Arts and Sciences released its report on the status of humanities and social sciences in the nation: The Heart of the Matter. And the first repercussions from Stephen Pinker's piece in the New Republic of 6 August, "Science is Not Your Enemy" (and its in-your-face subtitle: “an impassioned plea to neglected novelists, embattled professors, and tenure-less historians”), are still being felt. Oh, and the House Appropriations Committee proposed to cut NEH funding by 49%. 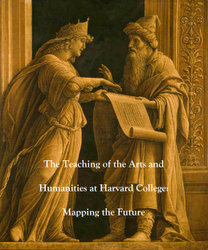 Musicology and musicologists are at the table: for instance Anne C. Shreffler, a scholar of the 20th-century avant-garde, is among the signers of the Harvard piece, and former AMS president Elaine Sisman represented the AMS at the launch of The Heart of the Matter in Washington DC. (We expect to offer, in due course, her thoughts on what is missing from The Heart.)

A selection, then, of summer reading in case you missed it:


American Academy of Arts and Sciences: report of the Commission on the Humanities and Social Sciences