NOTE: a longer version of this response appears at Professor Halle’s website, HERE.

A central point of my piece “The Last Symphony” is that in its late, neoliberal form which we are now confronting, capitalism transcends its function as an economic system regulating the distribution of goods and services and becomes a philosophy of life dictating important aspects of how we see ourselves and the world around us.

The arts and culture, including music, are a revealing piece of this puzzle. But, in my opinion, they are only a relatively small one, and it is perhaps for this reason that the piece has elicited relatively little comment among musicologists. One of the few such comments was posted recently on this blog by UCLA Professor Robert Fink, a leading representative of what became known in the 1980s as the New Musicology. To address his objections requires identifying, for those outside of the tribe, the basic outlines of this once formerly dissident movement—now well established, and arguably the dominant wing of the profession. New Musicology can fairly unproblematically be seen—and indeed, according to Fink, sees itself—as music-historical scholarship’s response to the postmodern turn in other humanistic fields. A central component of this movement was to challenge the privileged status accruing to the traditional literary and artistic canon, much of which was produced by white male Europeans.

In music, the demographic profile is even narrower, with names beginning with voiced bilabial consonants highly over-represented. The most iconic of these B’s, Beethoven, would be a particular target, described as in the final stages of “rolling over” according to Fink in his widely cited essay, “Elvis Everywhere” (American Music 16/2, 1998). More generally so-called classical music had “lost its ability to define hierarchies of tastes,” having become by now “one style among many, and by no means the most prestigious.” No longer insulated from the realities of the marketplace by a system of elite patronage, classical music would be required to compete with other styles formerly denigrated as “commercial,” laying bare an inherent vacuity previously obscured by protective layers of pretentiousness and snobbery.

For Fink, a seminal moment within this delegitimation process was the funeral of Princess Diana (6 September 1997, as he was finishing his essay), which he described as “one of the most powerful media events of the decade, seen live by over 30 million and rebroadcast to hundreds of millions more.” Its signficance was the pitting of the “Libera me” from Verdi’s Requiem against Elton John’s “Candle in the Wind”—the latter having emerged as the clear victor in the competition for survival in the Darwinian marketplace. 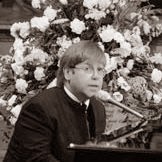 It is a fact that the revised “Candle in the Wind” became, forthwith, “the biggest-selling single in the history of recorded music; every newspaper printed Bernie Taupin's new lyrics, and CNN camera crews captured crowds of British mourners swaying and singing it together over and over during extravagant midnight vigils.” “This was the Music of the moment,” writes Fink; and Verdi had definitively lost the battle for cultural hegemony.

While bracing at the time, at a quarter century’s remove these kinds of claims have provoked among some musicologists a degree of buyer’s remorse. And there are indications that Fink himself is walking back some of his early positions. It would be hard to find a clearer statement of what Alex Ross calls pop triumphalism than “Elvis Everywhere,” which reads more like a manifesto than a scholarly monograph. Yet Fink now disavows the pop-triumphalist label, albeit it in carefully parsed, lawyerly syntax which suggests more a discomfort with the form of his original positions than reservations about their essential content.

A second indication of the softening of a previously hard line is his concern that some on the left will regard him as a “traitor to the working class.” But no one on the left will make any such judgment, for the simple reason that to be a traitor requires some indication of a prior allegiance to the economically disadvantaged 99%. Celebrating a stage managed, corporate media product having at its center a billionaire pop star’s elegy for a feudal aristocrat is about as far from an expression of leftist solidarity as could be imagined.

At three decades’ remove, it is becoming clear that the bite of postmodernism which so alarmed the right and excited the left was not much more than pro-forma academic barking. Yes, concessions in the cultural and artistic realm constitute a minimally significant attempt to redress the balance of centuries of elite neglect and condescension. According to a more critical view, developed recently by Walter Benn Michaels, Adolph Reed, and Karen and Barbara Fields, now dominant academic multiculturalism appears in a darker light: as a way of purchasing leftist bona fides on the cheap through symbolic concessions in the aesthetic and cultural realm, while failing to challenge capital’s virtually uncontested string of triumphs in the political and economic spheres.

The ascendency of postmodernism overlaps almost exactly with that of neoliberalism. For example, Fink’s paper, which celebrates “pre-bop jazz” and “Mississippi Delta blues” displacing white European males from the canon of Western classical music, was delivered in the same year as the passage of Welfare Reform (the 1996 Personal Responsibility and Work Opportunity Reconciliation Act) which, as was predicted at the time, gravely and disproportionately disadvantaged African Americans. The Clinton years also saw an intensification of the so-called “war on drugs” and the passage of draconian crime bills leading to the grim reality of over two million African American males now in prison or on parole. And over the same period, casualization of the academic workforce has resulted in a full 75% of university teaching now being done by grossly exploited adjunct or part-time faculty. Roughly concurrent with this, numerous scholars have found their path to the tenured ranks through waging war against the elite hegemony previously enjoyed by classical music.

It is particularly disconcerting to find Fink responding to my arguments with the racialized innuendo of the vampire left, referring to what he calls my “defense” of Western art music as a variant of the notorious “one drop rule” based on “the presence or absence of melanin.” The road to the conclusion that I am a supporter of Jim Crow anti-miscegenation statutes is a tortuous one, and I won’t retrace the steps here except to note that it begins with Fink’s assertion that I endorse “the basic ideology of nineteenth-century theories of musical structure.” These, in Fink’s account, provide the foundation for the conclusion “that the best music, like the highest civilization, was that which delayed gratification the most.” Underlying these attitudes, according to Fink, is a “Hegelian worship of telos, the quality of goal-direction” a stance which is “congenial to a socialist critic because it springs from the same (impulse) that gave rise to Marxist theories of class struggle.”

Suffice to say that there is not a single phrase here which accurately represents the position advanced in my piece. Most transparently, the article never once mentions “telos,” teleology, or “goal direction.” Furthermore, while some leftists consider themselves Marxists, for many, including myself, Marxism is a relatively peripheral influence, and Hegelian dialectics still less of one. As to the notion of “delayed gratification,” socialists demand immediate fulfillment of ordinary peoples’ demands, e.g., for the restoration of decent standards of living which have been stripped away during the neo-liberal era. While an infantile acquisitiveness has, as mentioned in the piece, infected significant portions of the meritocratic elite, this does not in any way apply to those outside its ranks who have been subject to a decades long campaign of austerity. 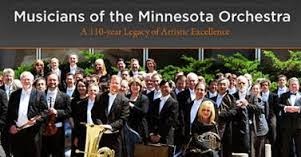 One instance of this was the main focus of my piece: the assault on the unionized Minnesota Orchestra, or more precisely, some of the specific difficulties involved with defending them against a predatory corporate board. Fink confuses these with a “defense” of the kind of music they perform, namely notated, classical music, even though I have expressly stated that “the best of all forms of music have more or less equal claims to greatness; a failure to appreciate that musical treasures have been produced in virtually every known genre, is mainly an indication of one's inability to listen or to figure out how.”

That said, a defense of this musical labor force is now necessary at least in part due to multiculturalism having become the reigning academic orthodoxy, with these attitudes having trickled down to less rarefied settings—including, it would seem, corporate boardrooms. It is therefore now unfashionable to the point of taboo to recognize any unique characteristics in the formerly canonic repertoire and the unique skill set of the workforce associated with those fluent within it. Its is undeniable that the core piano and symphonic repertoire consists, as I note, of “works of ‘pure’ music which cohere, not by a text with its own self-contained expressive content and narrative logic, but by a logic entirely based on the abstract relationships inherent in the pitches and rhythms.” Fink seems to think the fact that “the Western literate tradition is filled with three-to-five-minute songs, mostly religious ones but some about love, from Dufay to Duke Ellington” constitutes a refutation of the blandly uncontroversial categorization of Mozart sonatas, Bach fugues, and Schubert variations as “pure music.” But nothing follows from the claim, even if true, that “Western intellectuals before the late eighteenth century . . . would have ridiculed . . . the idea . . . that there was some meaning in music alone just because it was written down.” In particular, it does not address, let alone challenge, the contention that the abstract forms in which they are composed allow extended works to cohere, which is to say, to exist as cognitive objects represented in the memory of listeners.

It should hardly need to be mentioned that whatever medium a piece of music is transmitted through—a recording, lead sheet, YouTube video, tablature, or conventional notes on a staff—has nothing to do with its quality. Intricately notated scores range from abysmal to lame to competent to divinely inspired—as do songs learned on a parent’s knee. Profound, complex, and subtle musical traditions will necessarily include representatives of the entire range. They need to be sustained not because they are superior, whatever that means, but simply because that’s what decent societies do. The fact that an expensive infrastructure is required to support one of these should be entirely irrelevant to this determination, particularly to a society which thinks nothing of investing hundreds of billions of dollars on useless weapons systems, subsidies to the fossil fuel industries, or bank bailouts.

All this is, unfortunately, invisible to market populists who take as the pre-eminent indication of artistic and social significance black ink on a multinational communications conglomerate’s balance sheet. Fink’s view of the past and present, then, amounts to not much more than highbrow cheerleading for the bland Opraesque mono-culture which is an increasingly conspicuous feature of commercial musical genres—and much else—in the neoliberal era.

John Halle, a music theorist and composer (and public intellectual, including as former New Haven alderman), is Director of Studies in Music Theory and Practice at Bard College Conservatory in New York. Another of his provocative pieces is “Occupy Wall Street, Composers and the Plutocracy: Some Variations on an Ancient Theme,” HERE.