At the Brink in NYC

We wish all the constituencies—musicians, patrons, donors, board, the city of New York—well as they seek to honor the Metropolitan Opera's stated mission to provide “a vibrant home for the most creative and talented artists working in the multidisciplinary field of opera, including singers, conductors, composers, orchestra musicians, stage directors, designers, visual artists, choreographers, and dancers from around the world.” The Met, established in 1880 by 22 civic activists meeting at Delmonico's Restaurant, is after all the biggest and arguably the most prestigious institution of classical music in the Western hemisphere. It needs to work.

Yesterday's letter from Peter Gelb, the embattled general manager of the Met, to the unions instructed members to prepare for a work stoppage on 1 August—in a week's time. Among other things it invited employees to extend their healthcare benefits through Cobra, at a per-family cost of $2,800 per month. Their last paychecks will arrive on July 31 or August 7.

The $16-million Robert Lepage Ring (2012),
the fiscal and artistic results of which remain contested.

Of course the rhetoric is intense. You can't help but think about Minneapolis and whether or not those lessons have yet been learned. And in some respects crises like these are, by now, an old, old story.


What has certainly changed is the mode of communication, notably from the New York musicians. Their arguments seem more sophisticated and better reasoned than in confrontations past, and they have effectively harnessed the media to carry their message sooner to a much vaster readership than could have been envisaged even a few years ago. To cite just one example, the Met Orchestra Musicians presentation of June 18, 2014 is actually a good read: fascinating and terrible. 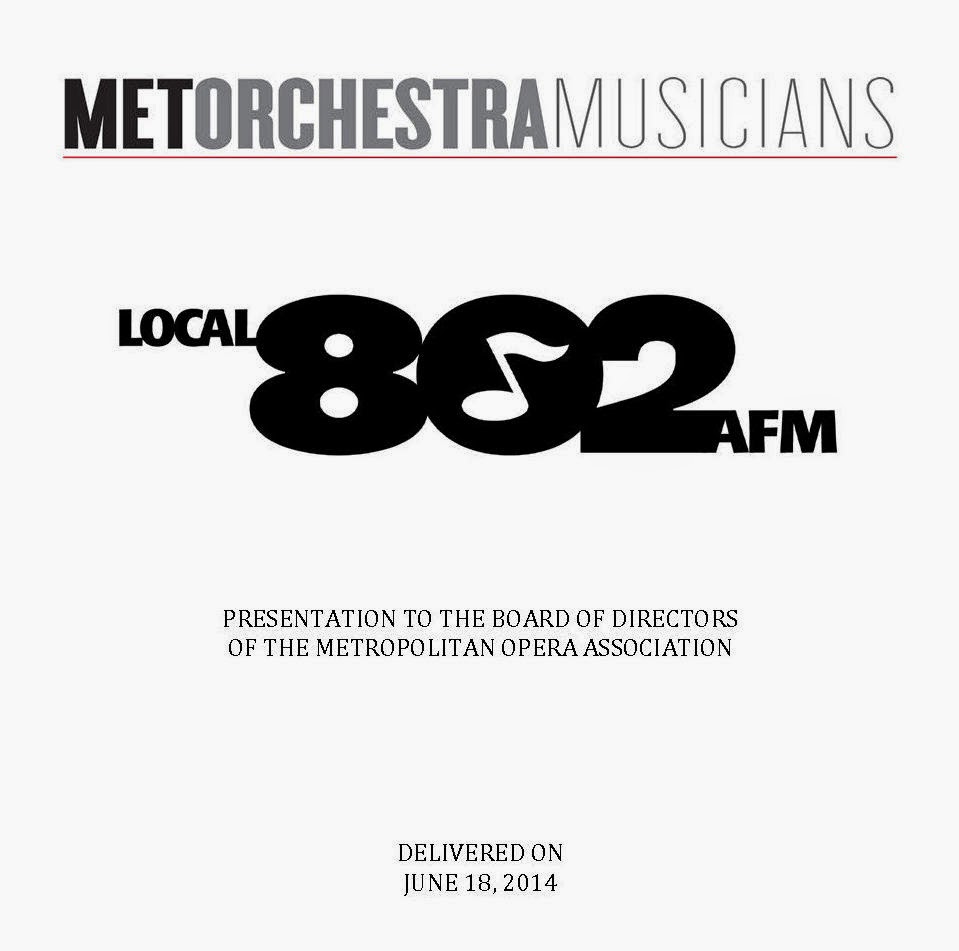