Cipriano de Rore at the Crossroads 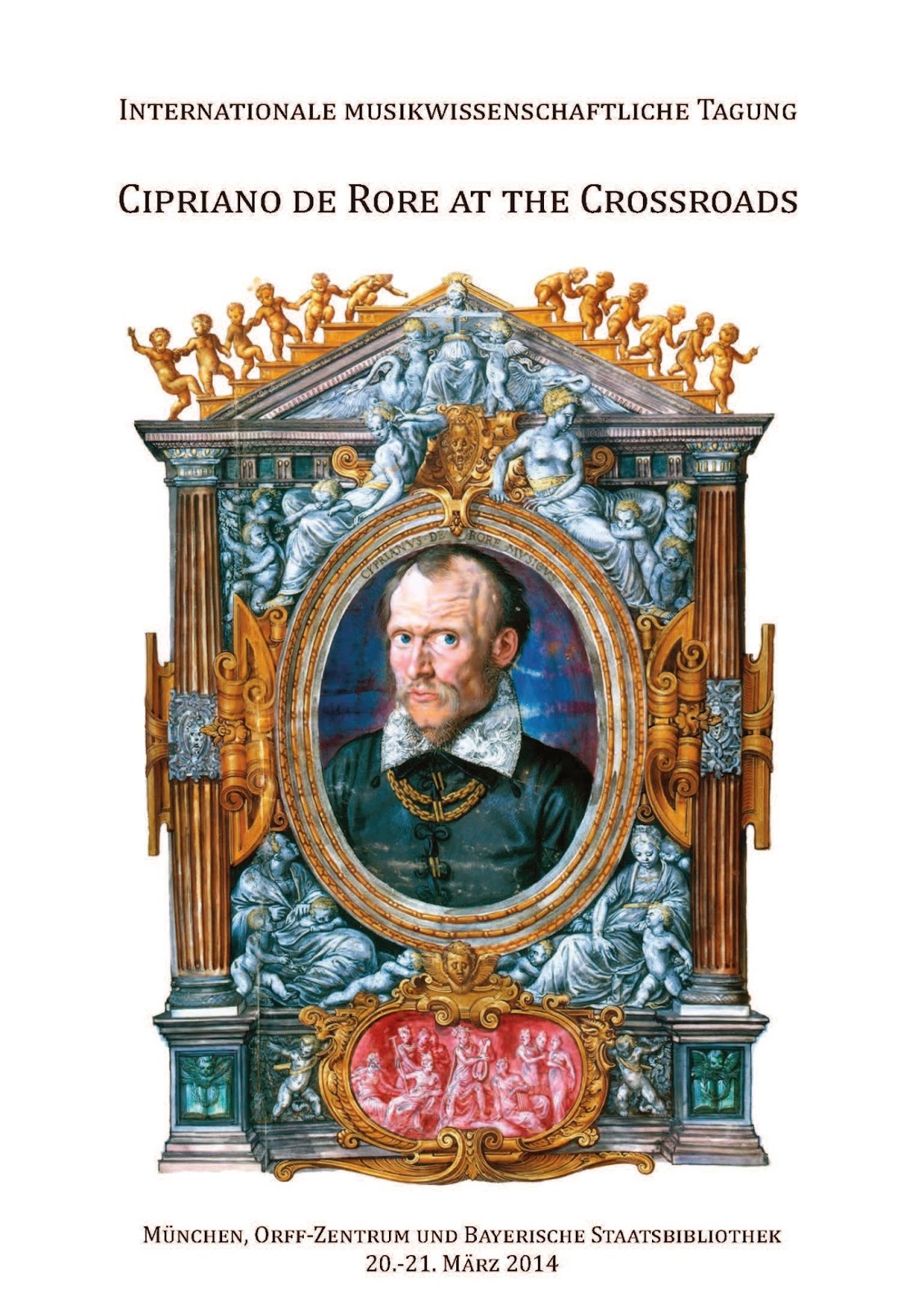 One wag answered the invitation Katelijne Schiltz and I extended to read a paper by making the following comment: “It is really an excellent idea to organize a Rore-Symposium. I guess he is one of the well-known unknown composers.” Indeed.

And that is why the conference “Cipriano de Rore at the Crossroads” was an unqualified success. Fifteen scholars from five countries presented papers (forthcoming in the series Épitome musical) about de Rore’s life and the circles of patronage that made his musical composition possible, about the sources of his music, about the music itself and about its afterlife. The conference attendees—nearly 90—and the speakers enjoyed the rare treat of hearing the music discussed in the papers—mostly by de Rore but also by a few contemporaries—come alive in a wonderful performance by the Ensemble La Capilla. And we enjoyed as well an exhibition of the very rich collection of de Rore sources at the Bavarian State Library.

Many of the papers made lasting contributions to our understanding of de Rore’s biography: Bonnie Blackburn wove a web of evidence to describe his early years as a free-lance composer in Brescia, in the Martinengo circle; Franco Piperno brought his deep knowledge of della Rovere patronage to an interpretation of de Rore’s music for Urbino; and Laurie Stras revealed previously unknown connections to the marriage festitivites for Anna d’Este.

As you might expect, the music itself commanded significant attention: Stephen Rice commented on two masses he has recently recorded with the Brabant Ensemble; John Milsom considered de Rore’s techniques for writing fuga; Hartmut Schick delved into the transparent textures of O sonno; Anthony Newcomb reclaimed three posthumous madrigals as authentic, and elucidated elements for which de Rore’s music is admired; and I offered an interpretation of Dissimulare etiam sperasti as a portrayal of Dido’s emotions. Kate van Orden presented a new interpretation of the “black note” madrigals and their connections with the French chanson, and Katelijne Schiltz examined problems of style and transmission in the four equal voice motets.

A group of papers addressed issues with the sources of Cipriano’s music. Andrea Gottdang brought an art historian’s eye to problems of mise-en-page for Hans Mielich’s illuminations in Mus. Ms. B, the Bavarian State Library’s treasured manuscript of de Rore’s motets. Bernhold Schmid reported on the discovery of a new German contrafact of Cipriano’s well-known chanson Susanne un jour. And Massimo Ossi brought his keen eye, honed in studies of Monteverdi’s madrigal books, to an analysis of the ordering and contents of de Rore’s legendary 1542 book of madrigals and the subsequent editions.

Finally, a pair of papers addressed de Rore’s posthumous reputation. Adelheid Schellmann reported on the surprising number of settings in the wake of de Rore’s Vergine cycle. Sebastian Bolz examined the historiographic stance of Alfred Einstein, who was the first to offer thorough assessment of de Rore’s significance.

Crossroads of what? De Rore was one of the last in the great migration of Franco-Flemish composers. And his music too stands at the crossroads in terms of style. But even more significant, the conference itself represented a kind of crossroads, a step in making this well-known unknown composer better known.

Special thanks are due the sponsoring institutions that made this event possible: the representative of the Flemish government in Berlin, Villa I Tatti (the Lila Acheson Wallace Fund for Special Projects), the Bavarian Academy of Science, the Orff Zentrum, the Bavarian State Library, the Ludwig-Maximilians-University Munich, the University of California, Davis, and the University of Regensburg.