DISCLAIMER: the curator of Musicology Now here promotes his own book. This situation could be avoided if we had more incoming submissions during the summer lull. Act now.

This, I continue to maintain, is the simplest and most logical way to style such titles. And time-honored, too, especially the uppercase N and M.

But  today we are all over the map, style-wise:

It's the new-ish (2010) CMOS (olim CMS), the go-to manual for copy editors everywhere, that complicates the issue by observing that “no.” is “usually” lowercase (8.190). But it isn't. And the better rule is that, in American English, titles are capitalized: hence No. and Major (or Minor). 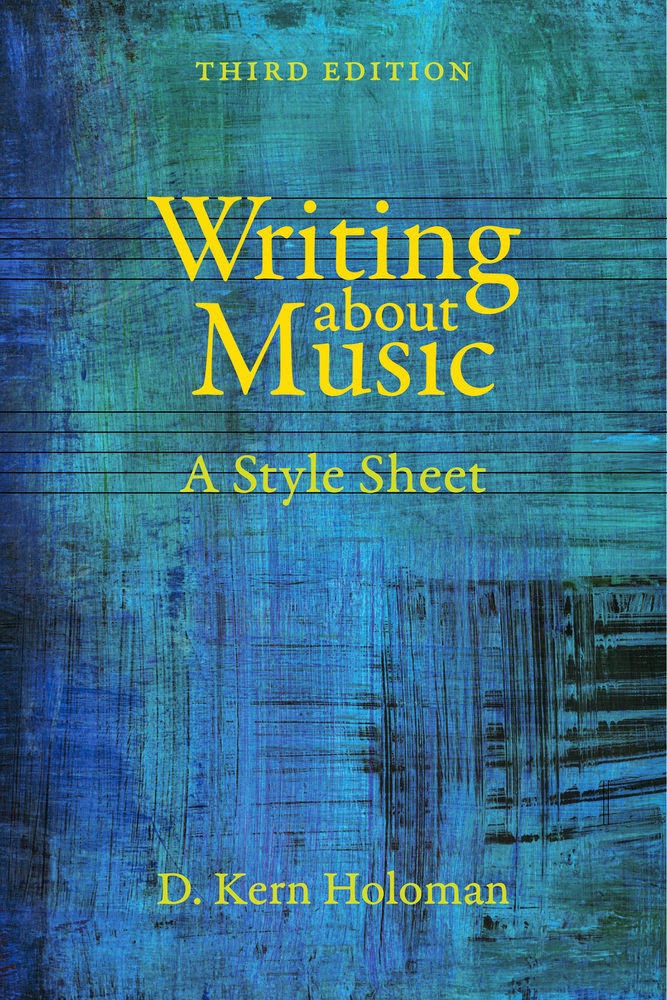 There's a good case to be made for uppercase Op. for “opus,” since you see it that way on very nearly every published score and orchestral part there is. In other kinds of print, however, it both looks and reads better—conveys more meaning—to leave op. (and especially op. 00, no. 0) lowercase:

It's worth taking a stand. Fetching style is fashioned letter by letter.

More positive mutations of style advocated by the new CMOS include greatly simplified citation of Internet locators—and you can now begin to abandon “accessed” dates for stable URLs. The third edition of Writing About Music (University of California Press, August 2014) concurs. Other features of WAM3, as it has become known in-house, are examples from world musics, rock, pop, and cinema; the expectation of paperless transmission and storage of work product; and guidance for the multiple venues for writing about music: manuscript (papers and theses), print, web, e-book.

Email ThisBlogThis!Share to TwitterShare to FacebookShare to Pinterest
Labels: Elements of Style