The Rebirth of the Charles Ives House

Over the past two years, the familiar rallying cry that has surrounded the sale of Charles Ives’s residence in Redding has given way to a happy resolution of sorts. The new owners have pledged to safeguard the house owing to its historic significance; In an equally exciting development, the Academy of Arts and Letters opened Ives’s Redding studio as a permanent exhibition at its headquarters in New York City (NY Times review HERE). Scholars, preservationists, and music lovers should congratulate themselves for their vigorous (and successful) public advocacy on behalf of Ives and his music. But they would do well to remember there was—and still is—another embattled Charles Ives house in dire need of preservation. 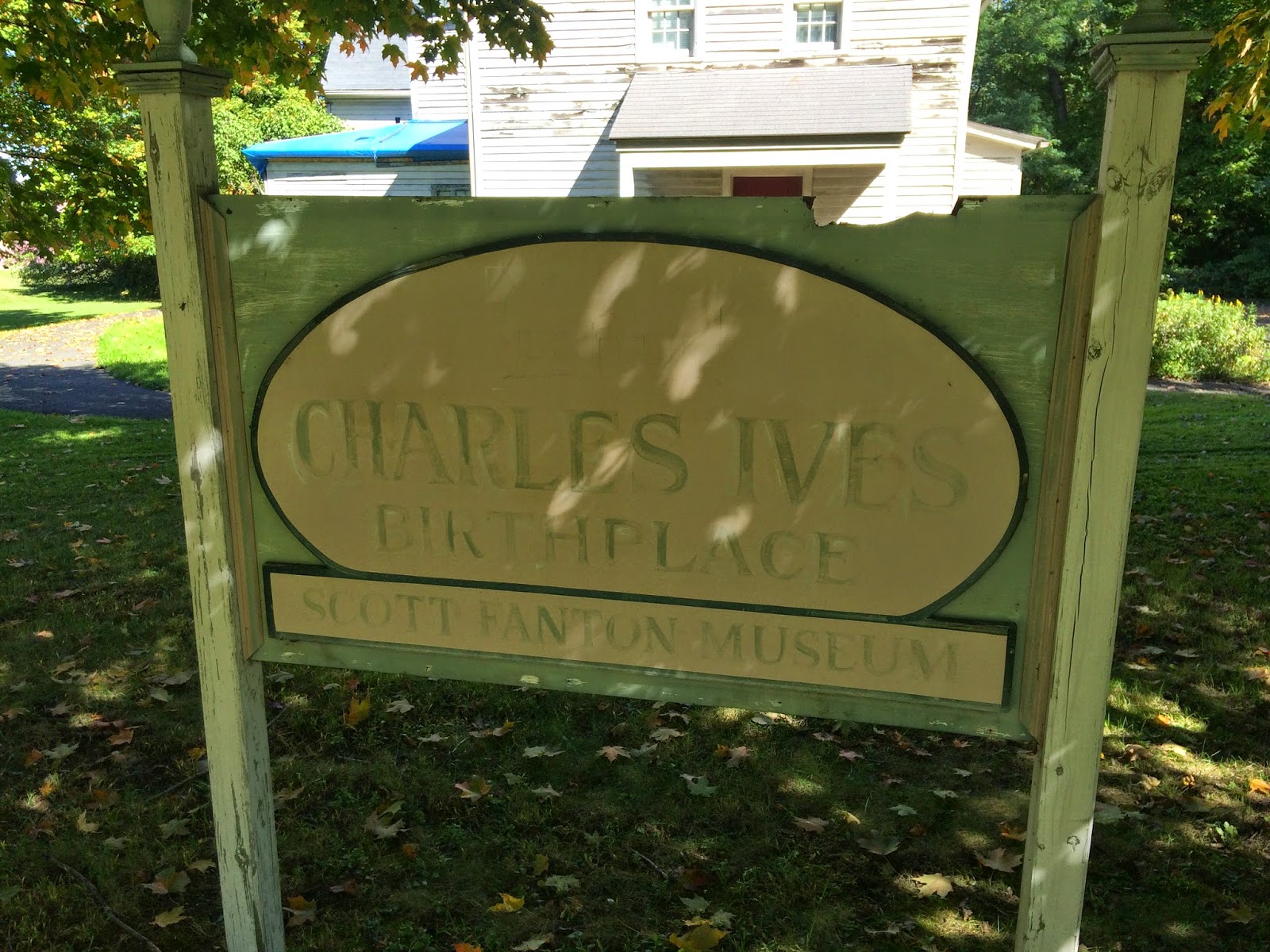 I’m talking about the Charles Ives birthplace in Danbury, owned and maintained by the Danbury Museum and Historical Society. On a recent autumn day, with expectations tempered, I drove up bucolic, tree-lined Route 7 in Connecticut to visit the house. Marked with a faded sign, it is easy to miss—I drove by at least three times before finally pulling into the empty driveway. The interior of the house has been closed for several years (author’s email to the Danbury Museum, June 22, 2011; In 2012, the blog Connecticut Museum Quest described the museum as “defunct”) and from the looks of it, the exterior of the house has not fared much better. The white paint is cracked and fading; the shutters are dilapidated; a large section of its deteriorating roof is covered by a blue tarp. Despite this litany of problems, there are signs of change in the wind. Several museum-quality posters have been installed around the perimeter, giving visitors a brief biography of Ives’s life and descriptions of his music (but oughtn't visitors also hear Ives’s music?). The house also connects to the Charles Ives Nature Trail, a twenty-mile path meandering through several towns in Fairfield County. But I left the property—added to the National Register of Historic Places in 1976—far from certain of a happy outcome. 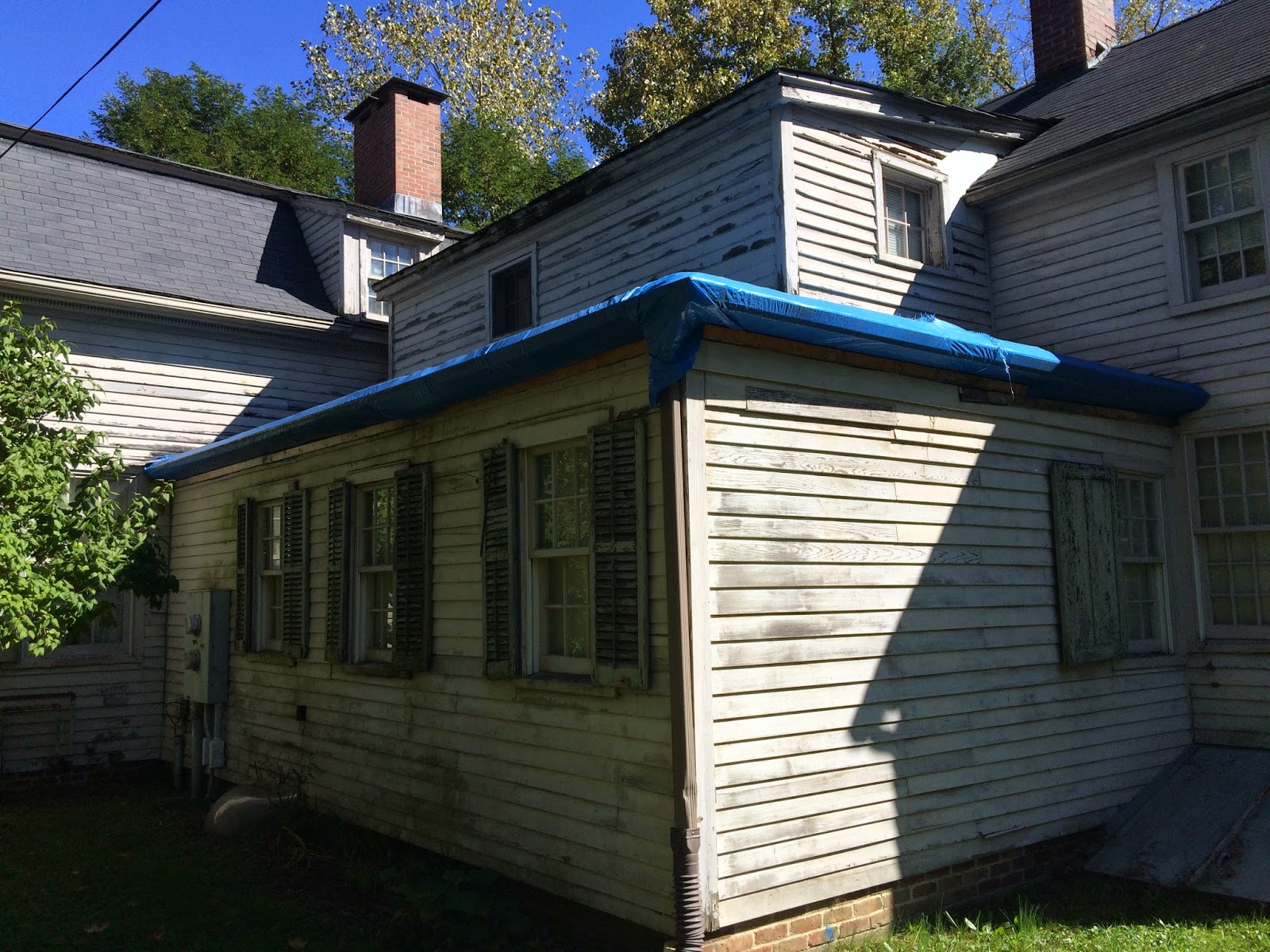 Ives himself struggled to reconcile his visits to Danbury with the memories of his childhood. In Vivian Perlis’s Charles Ives Remembered: An Oral History (University of Illinois Press, 2002), his nephew Bigelow Ives says:


I remember very late in his life . . . Uncle Charlie spent the night there and wandered through the old house and spoke very feelingly about the north parlor, and recalled how changed it all was. I went out walking with him late that evening, and we went up as far as the Civil War monument in the City Hall Square. That was only about half a block from the old house. He actually moaned aloud when he got up there and saw how it had all changed from his recollection of it. There were no longer any elms, and there were strange new buildings not very compatible with his vision of the old town. He leaned up against a sandbox which was on the corner by the curb, and he buried his hands and moaned. “I’m going back,” he said, “You can’t recall the past.” And he turned around and went back to the old house and said he was sorry he had gone out at all. From that I had an inkling of how deep his love was for a bygone way of life that he apparently had nurtured ever since having left Danbury as a boy (pp. 81-82).

Reviving Ives’s “old house” is an expensive proposition, but saving such a vital connection to the past is surely an undertaking worth the financial and emotional investment. So it is good to know that a plan to rehabilitate the Charles Ives House is currently being formulated by the Danbury Museum and Historical Society. Through an announcement on its website, the Society has announced its intention to “begin the process of making the Charles Ives Birthplace whole again.” Please take a minute to preserve Charles Ives’s other embattled house by sending a letter of support for the project to info@danburymuseum.org. Paypal donations are currently being accepted through the Society’s website.

Michael Accinno is the outgoing assistant editor of Musicology Now.