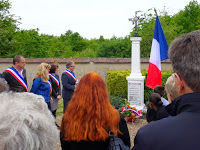 Victory in Europe, or V-E Day, was proclaimed after the military surrenders in Reims on 7 May 1945 and in Berlin the next evening. The 70th anniversary, being commemorated today, is considerably tamer here in France than the big deal last June for the anniversary of D-Day, with its pageantry, state visits (the Queen, President Obama, Vladimir Putin) and all the rest. But even the tiniest villages paused to lay a wreath, instruct the school children in what had happened, and sing the Marseillaise (not half badly, in our village).
—DKH

In and around London, days of partying are envisaged, including tonight's Party to Remember and outdoor concert at the Horse Parade and a big concert at Royal Albert Hall on the 10th. 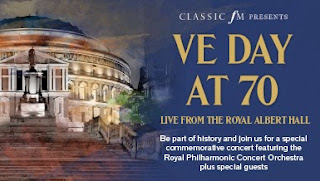