This blog reckons its formal beginning (after some alpha- and beta-testing) as (variously) 1 August 2013 and/or the beginning of the academic year 2013–14. Right now you're within a couple of clicks of everything we've published: expand “Blog Archive” on the right or browse the “Tags” further down.

To summarize our first two years:

Our goal was to publish about three times a week; the real-life achievement has been more like nine a month, with, thus, 108 or so predicted for this calendar year.

Posts that drew the largest readerships are about the same as last year:

We are pleased to announce the appointment of Drew Massey as curator-designate of Musicology Now. Massey will serve as co-curator with D. Kern Holoman into 2015–16, then complete a three-year term (through 2017–18). 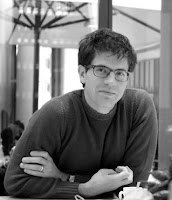 Drew Massey is a musicologist who research interests focus on American and British music since 1900. His book John Kirkpatrick, American Music, and the Printed Page (University of Rochester Press, 2013) received the 2014 ASCAP Deems Taylor / Virgil Thomson award for outstanding music criticism, and his current book project, Thomas Adès: In Seven Essays, is under contract with Oxford University Press. Massey is a partner at Schubertiade Music & Arts, which deals in autographs, manuscripts, books, artworks and collectibles from all fields of the performing and visual arts.


Send us your best work, as the Society's mantra goes. Publication is usually within 48 hours: it's painless and brings nice rewards quickly.

Read and re-post. Visit us often: for one thing, the most recent blog postings elsewhere in classical music are linked to our main page (“The Blogosphere," on the right).

Leave a comment, or write and submit a response. Directions to Contributors are found in the tab at the top of the page.