I am fortunate to be a visiting professor at Villa I Tatti this semester, and to rediscover the beauty of the place, nestled in the hills outside of Florence, the warmth of the community of scholars and, above all, the unrivaled resources of the Gordon and Elizabeth Morrill Music Library. I am finding very valuable connections, for example, with several of the literary scholars who are here this year.

Villa I Tatti is the former residence of Bernard Berenson, the renowned art historian and connoisseur, who donated it to Harvard University to found the Harvard University Center for Italian Renaissance Studies. The Morrills were his neighbors and close friends: Gordon, an architect, designed and built their villa next to the Boboli Gardens overlooking Florence; Elizabeth was an accomplished singer who devoted her studies to the works of Johann Adolph Hasse, The Morrill Music Library for Italian medieval and Renaissance musicology at Villa I Tatti—its holdings are remarkable—was presented in memory of their friendship with Berenson. The Biblioteca Berenson is one of the 70 libraries in the Harvard University library system; appointees have access to the entire Harvard library system through Hollis+. While the library is open to all qualified users, the staff go out of their way to support the community of fifteen long-term fellows, as well as a number of short-term fellows and visiting professors.

The new director of Villa I Tatti, Alina Payne, a professor of architectural history from Harvard University, is continuing to expand the intellectual work of I Tatti from its traditional base in Italian and European studies to explore connections worldwide. The current call for applications specifies “any aspect of the Italian Renaissance broadly understood historically to include the period from the 14th to the 17th century and geographically to include transnational dialogues between Italy and other cultures (e.g. Latin American, Mediterranean, African, Asian etc.).” 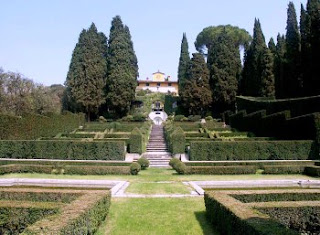 The deadline for applying to the long-term (full year) fellowship is October 15. This fellowship is aimed at scholars in the earlier stages of their careers (up to ten years since the receipt of the Ph.D.). But three new short-term fellowships have recently been announced as well, with a deadline of December 14. If you have questions about applying, write to info@itatti.harvard.edu. Given the very significant investment in music that the Morrills’s generosity has made possible, Villa I Tatti is committed to a strong presence for musicology within the interdisciplinary setting. I hope you will consider applying.