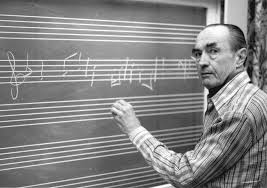 Masterly articles, dealing mainly with issues of transmission and filiation in medieval chant, especially in the area of tropes, established Hughes as an authority in his field. With John R. Bryden, he published An Index to Gregorian Chant (Harvard, 1969); his text- book, History of European Music, was published by McGraw Hill in 1974.

In 1959 Hughes assumed editorship of the Journal of the American Musicological Society. The journal had fallen behind in publication, and it was vitally important to the Society that it resume its regular schedule. Hughes took it over, collected and edited a wide range of material, and oversaw a Summer-Fall double issue in 1959, marking the twenty-fifth anniversary of the founding of the Society in 1934. This helped to put JAMS back on its feet, and was a welcome step in restoring the organization to good health and future prosperity. He was made an Honorary Member of the Society in 2006.

Hughes lived in Belmont, Mass., for many years, later retiring to coastal Maine; his annual trips to Paris combined research with rejuvenation. He was a real polymath. There were few subjects in music on which he could not enrich and enliven a conversation; he was a fluent pianist, able to play almost anything from memory, vocal, instrumental, or orchestral. Those whom he taught will long remember his lively conversation, his challenging seminars, and his self-effacing sense of humor.

Thomas Kelly is Morton B. Knafel Professor of Music at Harvard.