Each year, the American Musicological Society names as Honorary Members longstanding members who have made outstanding contributions to further the society's objectives and the field of musical scholarship. This year there are four: 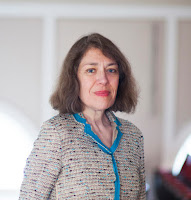 Carolyn Abbate's work on voice and narrative in Unsung Voices, exploration of the ineffable in In Search of Opera, and engagement with musical hermeneutics in “Music–Drastic or Gnostic” have broken important new ground in the study of opera. Her work on film scores and technologies and on musical automata has likewise fundamentally shaped a rich area of interdisciplinary encounter, and she has importantly put her research into action as a drammaturg and opera director. She has also served the Society as a member of the AMS Council and the Alvin H. Johnson-AMS50 Fellowship Committee; as chair of the Kinkeldey Award Committee and the Slim Award Committee; and as a member-at-large of the Board of Directors.

Susan McClary's early articles on Schubert and Beethoven and her books Feminine Endings: Music, Gender, and Sexuality and George Bizet: Carmen challenged and changed the study of musicology in terms of its approach to gender, sexuality, and subjectivity. McClary also broke new ground in her writings on mode, madrigal, and Madonna, and her publications have inspired and continue to inspire new and forward-looking musicological work across the field. She has also served the Society as a member of the AMS Council, Alvin H. Johnson-AMS50 Fellowship Committee, Kinkeldey Prize Committee, and Publications Committee; and also served as a member and chair of the Board of Directors of the America Council of Learned Societies.

Don Randel was recognized for his substantial body of scholarly writings, including his magisterial work on Mozarabic chant, his groundbreaking study of Panamanian popular artist Rubén Blades, and his contributions to discussions of the musical and musicological canon. In the remarkable sequence of Harvard Dictionaries he edited, Randel opened the field to include non-Western traditions and popular music, and in his elegant articles on Dufay he taught us how a Renaissance composer reads a text through music. Randel has also served the Society as a member of the AMS Council; as chair of Board Nominating Committee and Stevenson Prize Committee; and as Editor-in-Chief of the Journal of the American Musicological Society.

Anne Walters Robinson was recognized for her groundbreaking approach to the study of music within the context of liturgical ritual, theological mysticism. Her research on French royal culture illuminates the musical history of the cathedral of Reims in which the kings of France were crowned and the abbey of St-Denis in which they were buried. Her interpretations of late-medieval polyphony and its sources have transformed our understanding of the musical giants of the fourteenth century—de Vitry and Machaut—and of the foremost mass and motet repertories of the fifteenth and sixteenth centuries. She has also served the AMS as a member the AMS Council, Publications Committee, and Communications Committee; as chair of the Local Arrangements Committee, Alvin H. Johnson-AMS 50 Fellowship Committee, Development Committee, Committee on Committees; and as a member-at-large of the Board of Directors, Co-Chair of the OPUS Campaign, and President.

Corresponding Members are those who at the time of their election are citizens of countries other than Canada or the United States and who have made particularly notable contributions to furthering the stated object of the American Musicological Society. This year there are four new Corresponding Members:

Stephen Banfield was recognized for his significant body of scholarly writings on British music in the late nineteenth and twentieth centuries and on popular musical theater and vernacular music of both Britain and the United States during the same period. We also wish to acknowledge Banfield's establishment of the Centre for the History of Music in Britain, the Empire and the Commonwealth at the University of Bristol, which encourages and supports ongoing research in this broad area. In his own publications, whether on English song, Gerald Finzi, Stephen Sondheim, or Jerome Kern, Banfield's scholarship has broken new ground, while his close analyses have provided readers with a deep understanding of the music. Whether performing or writing, he makes the music come alive. 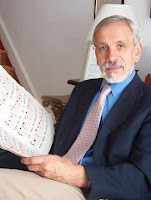 Ismael Fernández de la Cuesta was recognized for his significant contributions to music as a scholar, teacher, and performer. From his detailed investigation of Mozarabic chant books and his translation into Spanish of Francisco de Salinas’s treatise De musica libri septem to your catalogue of medieval music sources in Spain and complete edition (with Robert Lafonte) of the surviving melodies of the troubadours, de la Cuesta has helped to establish the foundations of modern musicological scholarship in the medieval period, especially in terms of Spain’s important contributions. He was also acknowledged as director of the monastic choir of San Domingo de Silos and his exceptional recordings of chant that have brought the beauty of this repertoire to a worldwide audience.

Laurenz Luetteken was recognized for his extensive body of scholarly work ranging broadly across the history of Western music from the early Renaissance to the twentieth century. The AMS also would like to acknowledge Luetteken's service to the field of musicology in his role on the editorial boards of Musica Disciplina, Early Music History, and Eighteenth-Century Music, among others, and as General Editor of MGGonline (forthcoming in 2016). His innovative research and writing, which includes major publications on Dufay, Mozart, Wagner, and Richard Strauss invites us to look, to hear, and to think again about composers and music we thought we already knew. 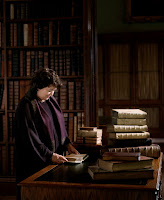 Susan Rankin was recognized for her significant work as a medievalist, church historian, and paleographer. In her writings on ritual in the liturgical drama of France and England of the 10th to 13th centuries, on liturgical practice as recorded in the Winchester Troper, and on musical notation in musical sources from Sankt Gallen, she has brought to life the rich and beautiful sound of music from this time.