May the ruach be with you! Di goldene kale returns to theaters

We here at Musicology Now would like to salute Michael Ochs, who edited and restored Joseph Rumshinsky's Di goldene kale (The Golden Bride) for publication next year by A-R Editions for the American Musicological Society for its series "Music of the United States of America" (MUSA).

Di goldene kale, a 1923 Yiddish-American operetta that is receiving fully staged performances in New York through January 3, 2016, is garnering rave reviews. The New York Times has selected the production as a "critics' pick", and the New Yorker writes that "the whole show glows with the joy and energy of a great party."

An earlier article in the New York Times details some of the preparations for staging the operetta, and a review in the Yiddish Daily Forward gives some additional background on Ochs. 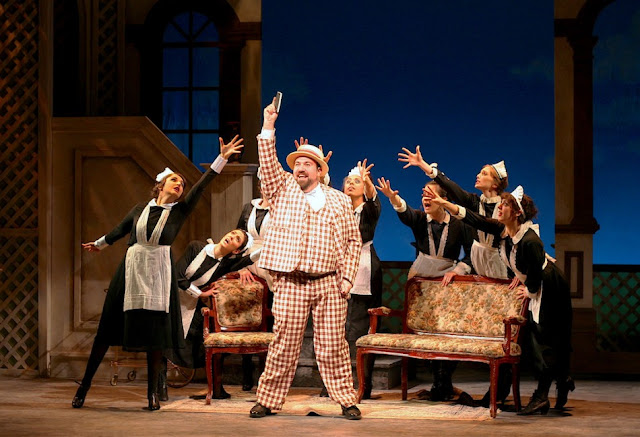 Email ThisBlogThis!Share to TwitterShare to FacebookShare to Pinterest
Labels: Editorials