The Perils of Public Musicology 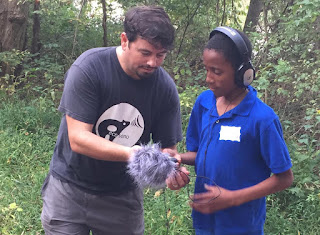 The online community of the American Musicological Society is currently exploding around a post by Pierpaolo Polzonetti called “Don Giovanni Goes to Prison.” The post, about teaching opera in prison, sparked both harsh criticism of Polzonetti’s efforts and writings as well as important discussions about implicit and explicit biases in our field.  I am weighing in as someone who runs a program that pairs undergraduates with under-resourced, mostly African American kids for a variety of arts programs and is currently designing a community engagement curriculum for the College of Arts and Sciences at UVa.  While I find the post problematic, I fear that calling Polzonetti and his defenders racists risks turning this moment into a twenty-first century version of the AMS 1964 meeting when Edward Lowinsky associated Joseph Kerman’s call for a native musicology that moved away from “alien” ideas with Nazism.

Polzonetti’s approach to teaching these prisoners, while perhaps logical in some music appreciation contexts, relies on repeating some of the most problematic stories musicologists tell their students and the public.  And despite criticism of the endeavor, there are numerous successful books-behind-bars, Shakespeare-behind-bars, and music-behind-bars programs.  It’s wrong to assume that classical music speaks to everyone and that watching Don Giovanni will solve the problems of men who are victims of the carceral state.  But it’s also wrong to assume that classical music doesn’t speak to those men and that they shouldn’t get the chance to hear it.  It’s also gone relatively unnoticed that one of of the most problematic sentences in the post about is about an aria that’s a response to rape.  A rage aria and a rape scene are not the same thing.  Defusing violence with a Mozart score?  It sounds from the post like the men in the class had an emotional response to a musical moment.  If we think understanding affective emotional responses to music depends on the score than we have already lost the battle for inclusion.

The students in the Arts Mentors program that I founded used Polzonetti's post to think about the differences between traditional community service and community engagement which depends on using institutional resources to collaboratively (as in: with the community) address and solve challenges facing communities.  This is not sending academics out to “help.”  The students also pointed out that doing community engagement often comes with the risk of making big mistakes and almost always forces confrontations with horrifying biases.  Maybe it’s easier to write about decolonialization than it is to figure out how to actually do it.

Our program has had some spectacular failures and successes.  An ecoacoustic event gave the kids exposure to audio engineering and encouraged deep listening.  It got both undergraduates and students to visit a gorgeous city trail that many children had never been to.  But our trip to the UVa art museum started with a fourth grader saying about the University “it’s really dangerous, college kids get murdered here all the time.”  This was just after a male lacrosse player had murdered a female lacrosse student.  A music student pointed out that he had heard UVa students say that about the neighborhood most of the kids live in because people get murdered there all the time. In truth, we have a low murder rate here.  Then, a museum docent told the kids they could get arrested for touching the art.  Many of them have incarcerated relatives and the undergraduates were not equipped for the responses that triggered. We learned the hard way that when the kids we work with are enraptured by a classical music performance we can’t control the other patrons.  They don’t usually see thirty African American kids not dressed in concert hall attire and the result is often uncomfortable and sometimes downright racist.

What the community teaches us is far more profound than what we teach the community.  To capitalize on this opportunity, the program comes with an academic component for the students.  So instead of taking them to a Mozart opera and turning to the eighteenth century to argue for education as liberating and potentially taming, we begin by asking the students to do a close reading of Jefferson’s Notes on the State of Virginia. In this document Jefferson, who founded our University, laid out his argument for exclusion of African Americans from American citizenship based in part on their (according to Jefferson) inherent inability to be creative thinkers and to have aesthetics.  The echoes of this are palpable in the deeply segregated arts scene in Charlottesville today and at the University of Virginia.

The disciplinary debates going on now should serve as a reminder that scholars who step outside of their training should do so with intention, with a willingness to fail, and with an eye for what they don’t know.  For example, 49% of the people incarcerated at the prison Polzonetti works in are people of color, according to their website.  Polzonetti named one inmate as African American and didn’t mention the race of any other.  This disjunction allows us to reinscribe myths of black criminality and violence.  Khalil Gibran Muhammad describes black criminality as “one of the most commonly cited and longest-lasting justifications for black inequality and mortality in the modern urban world.”  Writings on mass incarceration as the new Jim Crow and on the criminalization of black men, should have informed how Polzonetti wrote about his experience in a prison. Ta-Nehisi Coates writes, “The American response to crime cannot be divorced from a history of equating black struggle—individual and collective—with black villainy.  And so it is unsurprising that in the midst of the civil-rights movement, rising crime was repeatedly linked with black advancement.”  If I had been sent Polzonetti’s post as an outside reviewer, I would have suggested that he take into consideration the racial injustice inherent in the carceral state.

The AMS has invested in public musicology – not only through a blog, but also in its support of the Library of Congress Lectures, the Rock & Roll Hall of Fame Lectures, and via other venues, as well. Those efforts to me feel like arts education and outreach.  I see them as crucial but they will not address the issues around racial injustice and diversity that this blog post has brought to the fore.

Public musicology in these senses is is not the same thing as community engagement. Teaching opera in a prison certainly seems like one kind of “public musicology,” and like the kid of effort that could be community engagement.  If you take the suspension-to-prison pipeline seriously it’s likely that the men in Polzonetti's class didn’t even have the opportunities that were offered in their schools; if you are suspended you are not in school.  I usually don’t have the courage to write about community engagement because if I make a factual or rhetorical slip up talking about under-resourced African American kids in a town built by the enslaved, the consequences are devastating. That is not the case for writing about Monteverdi.

I suggest that if the AMS truly wants the blog to be public-facing, that they might need to hire a paid, full-time, professional editor, and think hard about its content and who controls it. Scholars who usually traffic in long and not widely circulated articles need to understand the impact of words in the digital—not just print—age.  This blog is curated by excellent scholars.  But people who contribute to blogs like the New York Times and Slate are made to rewrite articles in ways that many academics would resist. These rewrites can make all the difference in getting a message across to a non-musicological audience in a format that is shorter and faster than most scholarly formats.  I’ve written controversial articles for large publics a few times and my friends who do public writing for a living told me not to read the anonymous comments which are often nasty and silencing.  I usually don’t. But an article I wrote for Slate about rape culture included death threats so I had to.  It had over 1,000 comments, including calls for the University to fire me.  Even then, such a blog would not deal at all with the problems of inequities of all kinds within the field, the societies, the classrooms, and the journals.

The AMS blog comprises a disciplinary effort towards public relevance.  I suspect that most of the blog’s readers are music scholars.  I am more concerned about what a post like this one triggers for scholars of color.  Particularly those of us with tenure and some institutional clout should have already been very worried about how those scholars experience our conferences, our departments, our music making spaces, and our classrooms.  At the same time, Polzonetti’s post doesn’t stand in for the racial inequity and elitism in music fields, including ethnomusicology, which are bound up with the colonial project.  The field as a whole, like the arts and like liberal arts all told, have to ask hard questions that will likely make us fight and will probably make us give up some things we love.  How does the discipline move forward when our field still assumes the hegemony of the classical tradition and when most university programs still require good classical music chops?  Classical music is not inclusive; you need a certain amount of money to take music lessons, and concerts have excluded all but the most elite for generations.  Charlottesville’s free music program in the public schools is not alone in being predominantly affluent and white.  As music scholars feel pressure from our colleagues and our institutions to find public relevance, we have to think hard about how to do this effectively and ethically.  But we also try to do it constructively and without demonizing individual scholars.

Bonnie Gordon is an Associate Professor of Music at the University of Virginia. Her research centers on the experience of sound in 16th and 17th century Europe. She is working on a book entitled, Voice Machines: The Castrato, the Cat Piano, and Other Strange Sounds and working on a long-term project closer to home called Jefferson’s Soundscapes. She runs UVa’s Arts mentor program; a program that pairs UVa students with under-resourced  children in Charlottesville for a variety of arts experience.