My office at Princeton University became a point of pilgrimage this summer. Tourists, pre-frosh campers, local teens, procrastinating grad students, and even my own five year old stalked the halls of the music department hunting miniature pastel-colored avatars from Kyoto, Japan – aka Pokémon. For some reason a bevy of these virtual critters seemed to have nested there, mostly tame ones, although a poisonous Oddish did appear on a colleague’s desk.

I atavistically joined the hunt across campus, and then, for a couple of afternoons, through ridiculously overcrowded patches of Poké-rich Manhattan and on the streets of Philadelphia. I conceded contributing to the monetization of a phenomenon raking in the billions, but I had to turn off the sound as I played.

The audio on this “slow game” as initially released by Nintendo is a smorgasbord of smarminess – repetitive, ridiculous, reminiscent of low-budget late-70’s game shows and late-80s action flicks. Leave the app idle, and the portentous pulse that lures users to Pokémon prey seeds to a series of “success” stinger chords from the soundtrack of Who Wants to be a Millionaire? It’s a brightly diatonic bricolage, capturing, I suppose, something of the unavoidable peripateticism of the game’s players, but it soon becomes tedious.

Game sound and music is now a sub-discipline in our field, and ludomusicologists like William Cheng and Roger Moseley have produced beautiful work on interactivity through the ages. The subject is also, of course, taken up in the blogosphere and countless online gatherings. I spent some time browsing these sites, and left feeling both full and still wanting, like a child who has overindulged on Pixar or squandered a week’s allowance at Chuck E. Cheese.

Fulfillment took the form of the HYPETRAK Pokémon GO Playlist, “songs to accompany your journey into becoming a Pokémon master.” I might include it in in my Introduction to Music course this fall, as part of a Cheng- and Moseley-indebted lecture on music and games. This particular crowd-sourced playlist comprises ironic parodies of commercial jingles, the quasi-fascistic strains of alpha-male blockbuster films like Top Gun, arena anthems like “Eye of the Tiger,” some weird orientalisms courtesy of the interval of the augmented second, hip hop off-beats and agogic accents along with jingoistic lyrics that encourage Team Valor to the next level. Here we have a present-day example of the timeworn technique of contrafactum, wherein something new is reset to something old. The contrafactum reference in our college music textbooks is to a Medieval motet, but my students will likely better grasp the concept through HYPETRAK. 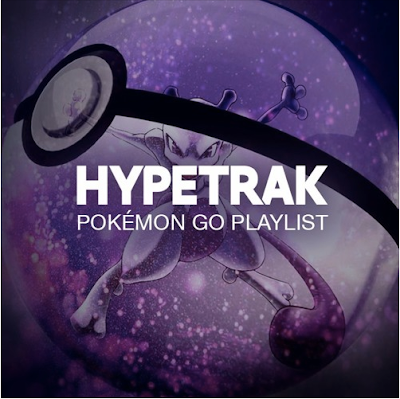 From the perspective of the previous two thousand years of music-making, the Pokémon playlist is woeful, a mashup of the worst music you really shouldn’t hear all at once. A slow jam crashes into the gym with minimalistic arpeggios beneath cartoon laughter set against nightmarishly reimagined detergent ad jingles. The music of vaunted American experimental composer John Cage, who put screws into piano strings to transform the sound of the instrument into something at once primitive and futuristic, becomes purely synthetic rhythm. An insistently masculine narrator intones, “I will win.”

But some of it, to quote the title of the cleverly curated third track, is “the very best.” Gospel singers hang on a suspension before resolving on the last syllable of Poh-kéh-mohn. The wasteland of the opening incantations is luxuriantly reafforested in the middle of the set as the samples grow more lushly eclectic. Yet the sound never forgets its purposeless purpose. The playlist is the product of bots: no thought has gone into the making of the beats. The closest we come to the expression of human feeling is a brief sample from “Moments in Love” by Art of Noise. Yet even as you might try to parse the various layers of sound to find meaning, ultimately you hear only an echo—the echo of the moment, of the present soon to be not just past, but passé. We are now at a point where our synthesizers can recall those of decades ago; electronic sound can be wistful. Game music now samples game music in an enclosed semiosphere, an emojipedia of digital clichés. There is no time, no place, in this sound as in our world as seen and heard on a five-inch phone screen, no longer animate but anime.

Simon Morrison is Professor of Musicology at Princeton University.  He specializes in 20th-century music, particularly Russian, Soviet, and French music, with special interests in dance, cinema, aesthetics, and historically informed performance based on primary sources.