By Naomi André and William Cheng 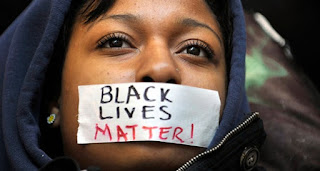 Here is a collaborative, co-imaginative piece responding to the “Special Session on Race, Ethnicity, and the Profession,” which took place during November’s AMS/SMT conference in Vancouver. In this post, we speak to urgent issues of inclusion, accessibility, and justice in the AMS and in society more broadly. The purpose of this exercise in radical imagination—radical listening—is to bend our mind’s ear to what the AMS can become beyond what’s merely considered realistic, practicable, or convenient.

We thank Ellen Harris, Martha Feldman, and the AMS Board of Directors for their various recent statements on fair practice and for initiating this important AMS Special Session. We also thank session chairs George Lewis and Judy Tsou, as well as panelists Mark Burford, Bonnie Gordon, and Ellie Hisama, for their powerful and moving contributions.

William Cheng: Exactly one month ago—around 6:00pm on Saturday, November 5, smack in the middle of the AMS Business Meeting and Awards Presentation in the Grand Ballroom at the Sheraton Wall Centre in Vancouver—hundreds of people rose from their seats in unison. Not to applaud. Not to cheer. Instead: to protest. With ferocious grace (with a degree of discipline that we demand daily of musicians and musicologists), these AMS members began to shout, to seethe, to organize. Expressions of shock, contempt, and bemusement variously drenched the faces of colleagues who remained seated. But some who were seated began standing up in kind. Voices pierced. Limbs and muscles became weirdly mobile and mobilized, improvising new choreographies and breaking chains of habit. The Business Meeting screeched to a halt. The protesters eventually outlasted their witnesses, as people began trickling out of the room, several fuming at how such demonstrations have a time and a place; how such a disruption is disrespectful towards the AMS leadership, the honorary members, the recipients of awards, the individuals in memoriam; and how things in the AMS are not so bad—certainly not as bad and retrograde as the United States’ political climate writ large—to merit this outrageous noisemaking.
We know none of this happened, of course. The above is an exercise in imagination. For we, as musicologists, should be experts in imagination. We hear homecoming narratives in sonata forms, see cryptic patterns in scores, find queerness and disability in aesthetic curiosities, sense intimate bonds with bygone artists, and suspect that words can’t do music justice. So readers, if you’ll indulge us: what if a protest at AMS, in the name of justice, had prevented the show from going on? Can you imagine? No? Are we therefore saying that we, as musicologists, can virtually hear the vocal exhortation of “nicht diese Töne” in Beethoven’s cellos and basses, but that we somehow cannot imagine raised voices and tones cutting into AMS business as usual? If so, something’s out of whack.

Naomi André: An AMS protest? What a novel idea! In my years here in the Society (since the early 1990s), this has been pretty much unthinkable. It feels to me that we’re not yet in the protest stage at the AMS. We do not have the critical mass, the energy, or the political capital. The few people of color who come to the AMS are usually too worn out and exhausted to be politically rebellious. Many of us feel that our presence alone is a political act for the AMS. My personal sense—which might be true for others: I feel too broken and vulnerable to organize and then participate in a protest. For so many people, I’m already invisible; why anger the few people who see me?

WC: Jumping off Naomi’s point, another thing to consider is that many people have silently protested the AMS and its Business Meetings simply by opting out of memberships, no longer attending conferences, or leaving the field altogether. If you’re not aware that a disproportionate number of musicologists of color have left the field, that doesn’t mean they’re nonexistent. It means that when people leave the field, they tend to do so quietly, without sending each of us a handwritten farewell card. Their names are not read at the Business Meeting. Their discharge is not honored. They just don’t come anymore. For many dearly departed, it’s because they feel like that’s the message the AMS has sent them: just don’t come anymore.

NA: Yes—this is more of the AMS I recognize. This is the situation that resonates with me. It can be thought of as a “self-preservation dishonorable discharge.” We disappear quietly, frequently limping along and ultimately left behind. Usually it starts by missing one year that turns into two years and then more. A very few of us might come back to haunt (spook) the edges.
I find a useful analogy in the V-formation of geese. When geese migrate, they adapt a V-shaped formation that helps them conserve energy and protect each other. Each bird flies slightly higher than the one ahead of it, which results in a reduction of wind resistance. Birds take turns being in front and can fall back when the front position, the one facing the roughest wind resistance, gets to be too much. With so few numbers, and being one of the first and only people of color (also weave in other frequent intersections of being a woman, a person with a non-heterosexual identity, and a first-generation university-educated person in the family), it can feel like we’re the leading goose without a deep V-formation behind us. The person of color who speaks up at sessions, introduces themselves to white colleagues, and begins to become “visible”—this person is particularly vulnerable to a “self-preservation dishonorable discharge.”

WC: At the Friday AMS “Special Session: Race, Ethnicity, and the Profession,” lots of ideas and feelings came out. This open forum was a terrific first step. But perhaps some of you who were there felt the way I did: emotionally, psychologically, physically exhausted. When panelist Mark Burford, during the open portion of the session, asked the audience to articulate the precise “issues” at stake, my colleague Steve Swayne stood up and said: “Invisibility.” And then Steve sat back down. Just one word. Because he was probably drained, like many attendees were.
And some attendees gasped loudly when panelist Ellie Hisama recounted how a senior member of a search committee had once asked her if she, the interviewee, knew how to make sushi. But this gasping symptomized the problem (white tears, white gasps): if you’ve already listened to enough of such stories, they shouldn’t shock you anymore. (For they obviously don’t shock the actual people to whom these offenses happen on a regular basis.) Gasp once? Great. Gasp twice, three times, ten times? Then maybe you haven’t yet absorbed the mundanity—shocklessness—of such stories.

NA:  Yes—these stories abound. If you don’t yet notice them happening, I urge you to listen more analytically and start paying attention. Here is another example. So frequently I have stood in the restaurant line of a conference hotel, waiting for a table, only to be approached by fellow conference members with their request for a table (because I was mistaken for the hostess).
I like the concept of “white tears” and “white gasps.” I’m almost getting used to them as I begin to share more stories about my negative racialized and gendered encounters, which I’ve experienced since (and before) graduate school. I’ve kept these stories hidden because they are painful and embarrassing. Yet they might be helpful since many AMS members do not realize that these things are happening. Maybe by learning about these experiences, it will make more sense why this “thought exercise” of a Black Lives Matter protest can be a liberating idea.

WC: In the end, most of us probably still can’t imagine a Black Lives Matter protest happening at an AMS Business Meeting. I feel like imagination is the leitmotif that ties together all of my research, and yet I personally can’t imagine this. An AMS BLM protest? It’d be like something from a movie or an alternate world! Like…the real world, I guess—where BLM demonstrations erupt all the time. Yes, it would have been a terrible inconvenience. Yet this is precisely what protests are meant to do. Sure, people could have accused these protesters of being ungrateful or ineffectual: Look at what the AMS has already afforded you! Why can’t you be satisfied with what you have? We’re all intelligent, reasonable, cultured scholars here. Music binds us all. Why can’t we have a rational discussion once everyone calms down and lowers their voices?

NA: As we close this co-imaginative piece, I need to mention the elephant (and donkey) in the room—the recent United States presidential election. Here are a few stories of my first days after the election. These experiences are also true for many of my friends of color. Yes, these are true stories (no thought experiments here).

1) As we watched the results come in on election night—results that challenged the so-called expected and predicted victory of Hillary Clinton—none of us were that surprised. Disappointed—yes. Surprised—NO. Instead, the Trump victory confirmed our worst fears about our nation, fears that we have long felt in our daily, lived experiences.

2) As people of color, we have had white students who “confide” in us that they voted for Trump, and now they fear that they can’t admit this to others because they might be seen as being “racist” (however they configure/define that). I sense that there might be important lessons to learn about the wide swath of Trump voters who might not consider themselves “racists.” Yet why do these white folks feel that I—as a person of color—want to help them “process” this right now? Is this a Mammy thing where I’m seen as always “required” to take care of them around these damn issues?

3) On the day after the election, two little African American girls at my daughter’s elementary school (K–2nd grade) whispered audibly to each other, “Trump is now going to send us back to Africa.”

4) A helpful guide I’ve seen for talking about the possible trauma caused by the election in our college classrooms says (1) reassure your students that you do not support hate speech and you greatly value students from all backgrounds, and (2) now more than ever, it is important to take a stand about what you believe is right whenever you see that someone else’s rights are being violated.

WC: In solidarity, with love.

Naomi André is Associate Professor in Women’s Studies and in the Department of Afroamerican and African Studies, and is the Associate Director for Faculty at the Residential College at the University of Michigan. Her books, Voicing Gender: Castrati, Travesti, and the Second Woman in Early Nineteenth-Century Italian Opera (2006) and Blackness in Opera (2012, edited collection), focus on opera from the nineteenth to the mid-twentieth centuries and explore constructions of gender, race and identity. She is also the author of Engaging Black Experience in Opera: Studies in the US and South Africa (forthcoming from University of Illinois Press).

William Cheng is Assistant Professor of Music at Dartmouth College. He is the author of Sound Play: Video Games and the Musical Imagination (Oxford 2014) and Just Vibrations: The Purpose of Sounding Good (Michigan 2016). His current projects include All the Beautiful Musicians (Oxford), Touching Pitch: Dirt, Debt, Color (Michigan), Queering the Field: Sounding Out Ethnomusicology (Oxford, coedited with Greg Barz), and a new book series on public musicology and social justice (University of Michigan Press with coeditor Andrew Dell’Antonio). He has written pieces for Musicology Now, Slate, Washington Post, Huffington Post, TIME, and Pacific Standard.