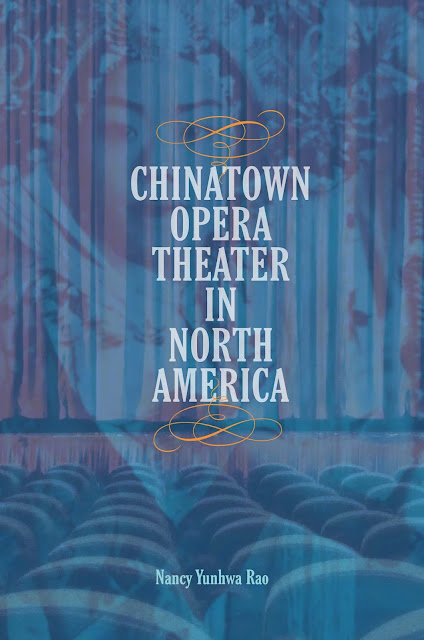 In my book Chinatown Opera Theater in North America (University of Illinois Press, 2017), I reconstruct the lost history of a vibrant “Golden Age” of Chinese opera theaters in the United States and Canada in the 1920s, fusing together diverse archival sources, including the immigration records and case files related to Chinese Exclusion. The book reveals the opulence and splendor of their stage productions, the eminence of the singers, the cultural and social networks that made them possible, as well as issues such as gender, political and economic factors, repertoire, performance practices, reception and community.  The following is an excerpt from the first chapter, “Introduction.” Copyright 2017 by the Board of Trustees of the University of Illinois.

The book received support from the AMS 75 Pays Endowment.

The two small scraps of crumpled, yellowed paper filled with Chinese characters in a folder in the Libraries and Archives of Canada in Ottawa seemed of no impor­tance at first. They were, however, different from the other papers in the folder, correspondence dating from 1923 to the 1950s on onionskin paper or light blue airmail sheets. Such letters, mainly from southern China, were a common sight for many Chinese immigrants in the Americas. Their families, on the other side of the Pacific Ocean, moved through the cycles of life in their absence: the passing away of elderly parents, the marriages of sons or daughters, and the birth of grand­children. Many immigrant men remained the head of their families. One wife’s agitated letter scolded her husband for not having earned enough to purchase a home for the family in Hong Kong, a failure, considering his lengthy residency in North America. Earning the money to maintain and extend their paternal lineage was usually these immigrants’ primary motivation.

Midway through the pile of letters I found the original paper from which the small scraps had broken off. The thick paper had been tightly folded to one-eighth of its full size. The penmanship was that of a practiced hand: graceful Chinese cal­ligraphy written with an ink brush pen. As I gingerly unfolded the fragile paper and returned the two rectangular scraps to their corner, my stomach churned. What emerged were the lyrics of a famous aria from a Cantonese opera, the genre of the region from which most Chinese emigrated before 1943. In classical verse the aria laments loved ones and the lost opportunity for a happy life together.

The aria, a lament, is from an opera popular in the Chinese communities of North America in the 1920s and 1930s: Nocturnal Mourning of White Lotus. It tells of White Lotus, a young woman who meets her love, the young scholar Lu, by the river. Later she is pursued by a local tyrant, who tries to force a marriage by means of kidnapping and threats. Lu comes to her rescue many times. However, coming from an upper-class family, he is forbidden to marry her. So the devastated Lu goes into self-imposed exile. Seeing that their love is doomed, White Lotus despairs and takes her own life by jumping into the river where they first met. The despondent Lu returns to the river to mourn, and the famous lament expresses his regret and unfulfilled yearning.

The aria was fully written out in verse with annotations regarding tune types, and the lyrics in flowing calligraphy expressed musical enjoyment. (The annotation of tune types accompanying the lyrics indicates musical rendition.) The deep creases suggest that the folded paper had probably been carried around in a trouser or shirt pocket. It was likely intimate and personal to its owner, like the letters. Here among all the letters in this archive, it quietly conveyed an inner dimension of immigrant life: that of the usually inarticu­late, silent, and anonymous Chinese in North America during the Chinese exclusion era, the period from 1882 to 1943 during which immigration from China was greatly restricted. In the 1920s Cantonese opera arias, which gained great popularity through theatrical performances and recordings in North America, gave voice to Chinese immigrants’ everyday stories of desires, regrets, laughter, and dreams.

This sheet might not seem to be of much value for historical research, compared to memoirs or original business papers from community organizations and kinship associations. Yet precisely because it is an imperfectly kept, hand-copied paper of very popular lyrics, it is imbued with layers of meaning. Aside from shedding light on an immigrant’s self-image, it shows the deep penetration of opera into Chinese Americans’ lives; during this period it constituted their primary enter­tainment. Also, its graceful calligraphy defies a certain stereotype of Chinatown opera theaters as rowdy, vulgar entertainment. The classical verse and calligraphy recall instead scrolls of Chinese painting and calligraphy in museums. The frayed paper, marked by repeated unfolding, offers the possibility of an analysis of what Michel de Certeau calls “imprints of acts,”  which allow us to “hear the tales of the repressed activity.” Repeated, attentive listening was pressed into the creases of the sheet of lyrics. Stumbling onto this object, the first personal memento of many such traces uncovered in my years of research, I felt a sense of relief as a student of the history of American music, because it allowed me to dream the everyday life of Cantonese opera in North America.

From the perspective of cultural circulation, at the same time, the lyrics sym­bolize a mobility that symbolized the ability to pass through borders, linguistic boundaries, and remote geographical places. A degree of stability allowed Can­tonese opera to cross those barriers and continue to produce cultural meanings. Yet it was by no means a fixed tradition. In the 1920s Cantonese opera underwent many changes—among them the rise of virtuosity and female troupes and the development of new operas, vocal styles, and urban theaters. The genre was also very flexible, relying as it did on improvisation, with performances adjusted via ap­propriations and adaptations depending on historical and geopolitical situations. The scrap of lyrics, a symbol of the opera’s literary, sonic, and performing space, opens the historical inquiry into the multidimensional history of Chinatown opera theaters in North America with which this book is concerned. 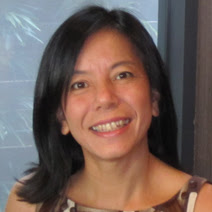 Nancy Rao, professor at Rutgers University. A specialist in American music, her work is multifaceted, bridging musicology, music theory and scholarship on Chinese opera with gender and ethnic studies. She has published in topics that includes ultramodern composers, sketch studies, contemporary Chinese music, and historical studies of Chinese American music. Her essay “Ruth Crawford’s Imprint on Contemporary Music” received the Lowens Article Award from the Society for American Music in 2009. Her other recent publication includes an essay “The Transformative Power of Rhythm and Gesture: Transnational Inflection in Chen Yi’s Symphony No. 2” in Analysis of Works by Women Composers (Oxford UP, 2016), and “Sonic Imaginary After the Cultural Revolution” in Listening to China’s Cultural Revolution (Palgrave, 2015).