Composing the music for Rogue One would inevitably be a thankless task. Though many composers have written Star Wars music for games, television, and animated features, this is the first live action theatrical release Star Wars film without a score by John Williams. Anyone taking on the task would know the music would be heavily scrutinized, and the chances of scoring a real success were slim. Two sorts of objections, difficult to reconcile, were almost certain to appear: those who thought it strayed too far from Williams’ sound, and those who thought it hewed too closely. Perhaps writing a score on a very tight deadline, where a composer would not have time to fret and be overwhelmed by the anxiety of influence, was the only way it was going to get accomplished in a meaningful way.

In any event, that is what happened with Rogue One. The official story is that reshoots on the film caused a delay in postproduction that meant the composer originally hired, Alexandre Desplat, was unavailable. Michael Giacchino, who has been scoring the recent round of Star Trek films, had won acclaim reworking Williams in Jurassic World, has worked frequently for Disney, and was fresh off scoring Marvel’s Doctor Strange, had a window in his schedule and agreed to take on the task. In around four weeks he produced his score.

The tight deadline resulted in a score that feels more reactive to the various situations than a score with a strong conception of what this film should sound like musically. The film has the requisite citations of Williams’ themes; besides the Force theme, which is the most frequently deployed, often in very striking arrangements, Giacchino calls on the Imperial March, less deftly handled, as well as numerous motifs associated with the Death Star that Williams had used in the original Star Wars film. Giacchino also devised a number of new motifs: a shockingly overblown main theme, evidently modeled on the original Star Wars theme though sounding like it came from a completely different kind of film, that accompanied the title card (Rob Deemer provides a fine analysis of the problems with this theme); and a few other themes for the various characters. None of these themes have the same problems as the main theme, though none are especially memorable. Of these Jyn’s theme is given the most attention, but as with most of the other material in the film, it consists of marked but simply constructed, even commonplace, motives situated in an allusive and constantly changing form that resists settling into a fixed thematic identity.

Indeed, I initially thought that the bulk of the new material Giacchino composed for the film had that underarticulated quality typical of contemporary action film scoring. Having now spent considerable time with the score, I think the problem, if it is indeed a problem, is that thematic material is not so much underarticulated as rarely stated in a cogent form. That is, it's constantly meandering, breaking off, dissolving, striving to become something else so we can’t be sure what constitutes the core of thematic identity. The theme that accompanies the title is characteristic: it sounds curtailed, as though it aims at mighty bombast but loses steam and stalls as it reaches its all-too-conventional harmonic pattern. Deemer states that this harmony suggests “a much more mundane, banal science fiction musical environment.” And so it does: the music sounds grossly overinflated but before it can come to a conclusion or even properly unfold whatever promise it might contain, it dissipates. Then, too, for all its prominence at this moment in the film, the title theme seems strangely inconsequential over the course of the score, even though it recurs at several important dramatic junctures (if memory serves: the council debate, climbing the data column, the destruction of the gate). Giacchino also picks up and works motives and gestures from it, but the theme never achieves the form that its initial aspiration seemed to call for. I don’t have space to follow up on this thought, but other themes are treated similarly. (Giacchino’s Imperial music is different in this respect, with sharp thematic profiles that cleverly evoke Williams while remaining distinct.)

Perhaps the lack of definition to the themes captures a certain indefinite quality in the characters, who as Todd Alcott neatly points out begin as “one thing, but they yearn to be another thing, while circumstances insist on them being a third thing.” I’m tempted to draw an analogy to the music: themes start as one thing, but yearn to be another thing, while circumstances insist on them being a third thing. This gives the score something of a diffuse quality. The score, which is rarely absent from the film, is generally unobtrusive, as it settles behind the sound effects of blasters and explosions—sonic representation of the unrelenting violence of this world—but also the music does little to define the world, explicate or redeem its characters’ actions, or suggest that their actions have a larger meaning than the moment of action itself. The scale of this film is very human, and for all its ubiquity and occasional bombast, the music follows the film in exuding a mundane, down-to-earth sensibility that the desperate invocations of the Force seemingly cannot overcome. Aside from the awkward handling of Darth Vader (both filmically and musically) and the charming but problematic figure of Chirrut Îmwe who provides the film its mantra—the depiction of Chirrut is thoughtfully criticized by Tessa Gratton—the mythic world of Star Wars has evidently receded into the far distance, and Giacchino renders this distance in his music, where the Holst sound, so integral to Williams’s conception of Star Wars, is rarely in evidence.

The film and its music may want to follow Chirrut’s mantra and become one with the Force so the Force is with them, but they, like the film’s characters, must settle for sacrifice. Myth is reborn, as it is always reborn, as the new hope that would redeem the sacrifice. But, as Gratton astutely notes, this new hope unravels because it is fated to be what it always already was. Moreover, the myth erases the sacrifice that made it possible, just as the main title from Star Wars, Luke’s theme, appears at the start of the end credits to recenter the Skywalker saga and to displace Giacchino’s mostly non-mythic music just after Leia receives the stolen plans that will segue neatly into the beginning of the original Star Wars film. After this musical nod to the ritual script of the Star Wars film, which always begins the end credits thus, the cue returns to Giacchino’s original music from the film for the bulk of the credits. But at the end of the credits, the original Star Wars music appears again, as though to bookend the Rogue One music and remind us that the original Star Wars saga and its myth will give this film its coherence and meaning. Yet, then, after the Star Wars music has found its ritual conclusion and hammered home the tonic, the high strings continue to resound, shimmering as though an impossibly extended echo of the final chord. Into this void beyond the end, Jyn’s motive delicately sounds, in memoriam, perhaps, of those who were fated to be forgotten. 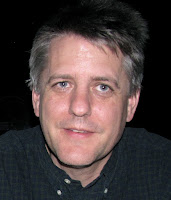