[Ed. Note: This is the third of five posts in a series where teacher/scholars reflect on the challenges and opportunities of teaching music after following the election of Donald Trump.]

I write the present post as a faculty member at a small liberal arts college, who is interested in looking at various  ways in which curricular design can help to render our academic institutions more robust in our present cultural moment. Here, I use the term curricular design to refer to a variety of strategies for crafting innovative connections between course materials, whether at the level of the course syllabus, in the forging of interdisciplinary programs or majors, or in developing broader “general education” programs for the student body as a whole.


I believe that issues of curricular design become especially important as we confront the troubling cultural and political environment in which we find ourselves. That environment has taken on features that are striking in their departure from accepted norms. It is an environment given over to a toxic discourse of racialized aggrievement, in which overtly expressed misogyny, homophobia, and xenophobic aggression have come to inhabit the texture of daily life in the United States. It is an environment characterized by a generalized level of chaos and anxiety, as the impact of Trump’s executive orders in the opening weeks of the administration makes its presence felt.


The moment is made more daunting for the difficulties we all face in documenting the details of its unfolding. Twelve years ago, Bruno Latour pointed to what he saw as the efforts of political actors to wield methodologies first theorized by poststructuralists – the critical unpacking of culturally constructed realities – in the service of dismantling stable truths.[1]  In his account (for example) of the contemporaneous discourses surrounding public perceptions of anthropogenic climate change, Latour anticipates the contours of the present moment, where the veracity of publicly stated facts has become an issue.


We as musicologists – scholars versed in the close reading of texts, in the careful analysis of social history, and in the critical engagement with media, spectacle, and the aesthetics of politics – have a particular responsibility to help make this cultural moment legible, to position it in relation to broader historical narratives, to inhabit the moment from perspectives that might otherwise elude casual engagement. In the context of pedagogy, this task takes on particular urgency, as the classroom becomes the site where the immediacy of students’ experience, the daily flow of newsworthy events, and the longer temporalities of historical inquiry are placed in conversation with one another.


It is against this backdrop that I would like to suggest that those of us who work in academia find ways to advocate for intensified connections between musicology and the liberal arts at the level of curricular design. In the present context, the importance of such connections extends beyond the laudable goal of forging exciting new interdisciplinary directions in research and pedagogy. Rather, forging links between disparate fields of inquiry becomes a necessary bulwark of resilience for intellectual freedoms and for civil liberties. In its ideal form, such a design enacts something close to what William Cheng has referred to as an ethic of care in academia: a commitment in each isolated disciplinary node to attend to the ways that other nodes, too, and their constituents, are matters of concern for all of us.[2]


In this respect, I find myself particularly appreciative of the curricular model employed by institutions like my own, that of the small liberal arts college. In these SLACs (as the unfortunate acronym has it), points of interdisciplinary connection can be inscribed at a variety of levels: most obviously, cross-listing music courses with other academic programs or departments allows faculty in the relevant units to build intellectual bridges to other fields; similarly, institutions such as my own rely heavily upon interdisciplinary programs, academic units that locate their intellectual underpinnings at the intersections of the disciplines they bring together.  Finally, general education curricula, which impose a set of loose requirements that all majors must adhere to, can enable powerful connections between different disciplinary perspectives. These features are, of course, also present in the arts and science divisions of large research universities, where they can become an effective means of linking schools of music and other professional schools to the interdisciplinary work of the undergraduate college.


In my view, one model of general education becomes particularly salient for faculty and students interested in harnessing the integrative potential of interdisciplinary collaboration: in this model, concentrations based upon a central theme (film studies, diasporic cultures, public health) serve as fulcrums around which coursework from a variety of disciplines can center upon an overarching intellectual question.[3]


In interdisciplinary concentrations, faculty can also elect to coordinate instruction around a given subtopic, spread across several different classrooms. Seen from this perspective, musicology becomes harnessed as part of a broader intellectual apparatus: a coordinated unit on #BlackLivesMatter, for instance, spread across courses of instruction in departments of Music, Sociology, History, and American Studies, could tap into close readings of work by Beyoncé and Kendrick Lamar, historical and contemporary analyses of systemic disinvestment, a contextualization of Colin Kaepernick’s refusal to stand for the national anthem, or the cultural history of nonviolent resistance. Another such unit might entail coursework devoted to the Mexican-American border as a contested site of political, cultural, and economic activity, with scholars devoting a week of classroom time to the discussion of everything from corrido ballad traditions in the borderlands to the legal, cultural, and political factors shaping braceros as a class of migrant workers in the U.S. since the 1940s. Such a unit could be a powerful springboard for classroom discussions of immigration policy in our contemporary moment.


In my view, it is these integrative approaches to undergraduate liberal arts curricula that may help students to respond to this singular moment. Students’ classroom experiences are themselves embedded within semester-long syllabi, and ultimately within curricular structures, broader latticeworks of disciplinary and interdisciplinary connections that we engineer in order to spark intellectual resonances, to facilitate students’ capacity for epiphany. In times of upheaval, such latticeworks cease to be merely salutary side-effects of socially conscious pedagogy. They become, instead, a precondition of democratic governance itself. 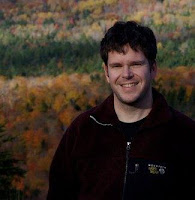 Dale Chapman is Associate Professor of Music at Bates College. His research focuses upon issues relating to culture and political economy in jazz and contemporary popular music. His work has appeared in the Journal of the Society for American Music, Popular Music, the Oxford Handbook of Sound and Image in Digital Media, and the Grove Dictionary of American Music (2nd ed.). He is presently at work on a book manuscript entitled The Jazz Bubble: Neoclassical Jazz in Neoliberal Culture.


3. For instance, an analysis of the system of General Education Concentrations at Bates College (my institution) is available at Jill Reich and Judy Head, “Creating an Integrative General Education: The Bates Experience,” in New Directions for Teaching and Learning 2010/121 (Spring 2010): 69–78. Williams College employs a similar curricular structure, with interdisciplinary concentrations standing in for minors.