(Ed. note: This is the second of three posts this week that launch a recurring series on teaching in a range of institutions.)

“He was an engineer! A mathematician!! What the devil! Sensitivity lurks in the oddest nooks!”
—from the memoirs of Hector Berlioz[i]

I teach at Rose-Hulman Institute of Technology in Terre Haute, Indiana. As its first and only tenure-track music professor, I teach all of the Institute’s academic music courses, from history and culture to theory and composition. Rose, as we affectionately call it, is a top-ranked, private, undergraduate-focused STEM school with a student body of about 2,200. Although fundamentally career- and industry-oriented, Rose nevertheless seeks to provide its students with a “liberal education in science and engineering.”[ii] The faculty of the Department of Humanities and Social Sciences (HSS), comprising 27 professors in 17 fields, provides the principal components of this liberal education. Before I took the job in 2013, teaching music history at an engineering school was never my professional aim, nor was I especially trained for it, but I have come to embrace the special opportunities and challenges of presenting the arts within a STEM curriculum.

The music program is older and larger than it might seem, even to many on our campus. Rose was founded in 1874 as an all-male polytechnic institute and our first music ensembles originated as student clubs in the late 1880s. Rose’s first music professor followed soon thereafter: Carrie Belle Adams (1859–1940), a local organist and reasonably accomplished hymn and operetta composer, directed the ensembles and taught music classes just after the fin de siècle. Rose remained a stubborn relic of the sex-segregated Victorian era of higher education for well over a century, and Ms. Adams was among the very few women to whose teaching and leadership the young men of Rose would have submitted themselves at that time.

Today, several excellent and dedicated directors lead our student ensembles. With no applied faculty, these directors provide many of our students their only practical instruction in instrumental technique. Our music minors take four courses in music history and theory and four quarters of performance in the ensembles. Hatfield Hall, our performing arts theater, offers diverse musical programming throughout the year, featuring guest performers from around the country, an “Engineers in Concert” all-campus talent show, and two musical theater productions by our student drama club every year. Taken together, the music courses, the ensembles, the minor, and the events at Hatfield Hall make up the Rose music program.

As an administrator of sorts over my own curriculum, I enjoy nearly complete autonomy over my teaching. Student enthusiasm for music courses remains high: when you teach only electives, your students sign up because they want to be there! I divide my courses in music history — or, perhaps more accurately, music appreciation — into periodic subgroupings: Medieval and Renaissance; Baroque, Classical, and Romantic; the 20th Century, my best outlet for teaching around my research specialty in New York minimalism; and “Popular Music in the Era of Recorded Sound,” my only STEM-oriented history course. I continue to experiment with textbooks for these courses, seeking but never quite finding the right balance of content and concept.[iii] For each of these courses, I try to structure the calendar around a handful of required concerts or other relevant events, followed by reflective written responses. For many of my students, these concerts are their first such experiences.

I also “forage” for as much content as possible in the surrounding community. This has included taking groups of students to experience the outstanding private collection of player pianos and rolls owned by my HSS colleague, geography professor Mike Kukral, and to observe the factory floors at Sony DADC, once the headquarters of the Columbia House catalog and the first American manufacturer of compact discs, today a manufacturer of Blu-Ray discs and other optical media. In “Musics of the World,” students conducted simple ethnographic studies on musical practices in local churches, bars, schools, and theaters. In my 20th-century course, my students performed a rendition of Terry Riley’s In C for the campus on the 51st anniversary of its premiere, while I banged out high Cs on the chapel piano for an hour. On course evaluations, which Rose takes very seriously, students have commented favorably on these real-life encounters with music outside the classroom.

I have had mixed results with, and thus I have mixed feelings about, research papers as terminal projects in these courses. The Rose library is staffed by helpful and dedicated professionals, but — and this is surely no surprise or criticism — it has neither deep stacks nor a diverse reference library available for research projects. Thus helping students develop a project bibliography is an especially challenging process made all the more urgent and difficult by our 10-week trimesters. I justify the tremendous effort to work around these obstacles because I believe, as do my colleagues in the HSS department, that writing helps students work through questions of history and meaning, and is a skill that transfers well to other disciplines.

Whereas every course in the Rose music history/appreciation curriculum must be accessible to a general student audience (i.e., they cannot have prerequisites), the two courses in music theory/fundamentals are my only two in which one must precede the other. The first course is an introduction to musical notation, starting with pitch and rhythm and working up to basic tonal analysis; Joseph Straus’ Elements of Music serves these objectives well, with a few supplementary units.[iv] The second course is an analysis and composition workshop focused on simple classical and popular forms, with readings from openmusictheory.com and William Caplin.[v] Both courses contain some elements of ear training and aural skills, but they stop short of such intermediate topics as part-writing, chromaticism, and large-scale form.

My primary objectives for students who complete the music theory sequence include a printed portfolio of the students’ original compositions and a capstone recital at which I perform their work at the piano. These provide concrete evidence of the more ephemeral and abstract musical knowledge they have acquired over the previous two terms. These are my most popular courses among Rose students, and I speculate that music theory at this fundamental level can feel rigorous and syntactically precise in a way that is familiar to students who are well adapted to studying mathematics or computer programming. (By contrast, and perhaps proving the point, my “Musics of the World” course is never quite as popular.) But engineers are not machines — pace Berlioz! — and many of my students value the fact that music is creative and not quantitative, that music classes are so different from their major coursework. Many of them might have been music majors at some other school, but chose STEM for its job prospects. I can’t say I blame them: very few people get to be music professors at Rose-Hulman!

I cheer recent efforts to celebrate and elevate the arts within STEM curricula, memorably captured in the acronym STEAM. I sometimes fear instrumentalizing the arts, however, denaturing them and reducing their extraordinary multivalence to their mere usefulness to other disciplines. I want my students to study music and the arts not only because those subjects might benefit them in practical (that is, profitable) ways as future scientists and engineers, but also because engineers and scientists can serve musical ends! What we in the HSS Department at Rose-Hulman might miss in disciplinary colleagues, graduate students, majors, and perhaps even prestige within our respective fields, we nevertheless gain in professional autonomy, interdisciplinary collaboration, and student enthusiasm. These were the aspects that attracted me to “Dear Old Rose” in the first place, and why the job at Rose-Hulman continues both to challenge and to charm me today. 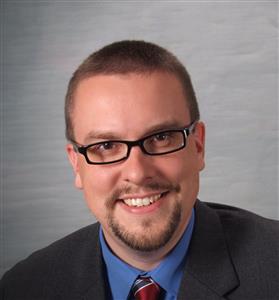 David Chapman, Jr. is Assistant Professor of Music at Rose-Hulman Institute of Technology in Terre Haute, Indiana. He holds degrees in piano performance from Kennesaw State University and in music (history) from the University of Georgia. He received his Ph.D. in 2013 from Washington University in St. Louis, with a dissertation on the early history of the Philip Glass Ensemble, under the guidance of Peter Schmelz.


[i] Piero Weiss and Richard Taruskin, Music in the Western World: A History in Documents (Belmont, Calif.: Thomson/Schirmer, 2008), 299.
[ii] This statement appears in Section 1.03 the Institute’s Faculty Handbook, under the subheading “The Rose-Hulman Philosophy.”
[iii] When I began teaching, I swore by Kerman, Kerman, and Tomlinson’s contextually rich Listen!, then switched to Kelly’s Music Then and Now for its priority of depth over breadth. More recently I began using Forney, Dell’Antonio, and Machlis’s Enjoyment of Music for its short, easily digestible readings and its inclusion of women.
[iv] Joseph Straus, Elements of Music, 3rd edition (Boston, Mass.: Pearson, 2012).
[v] William Caplin, Classical Form: A Theory of Formal Functions for the Instrumental Music of Haydn, Mozart, and Beethoven (New York: Oxford UP, 2001); Caplin, Analyzing Classical Form: An Approach for the Classroom (New York: Oxford UP, 2013).