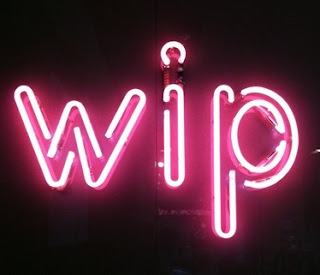 The editorial team at Musicology Now is excited to launch a new interactive feature, which we're calling Work in Progress. Given the long gestation time of academic writing, and the deliberate rhythms of scholarly publishing, interesting musicological work is almost always "in progress"—and unless one happens to run into the right person at the right place at the right time, not easily accessible to inquiring minds inside and outside the field.

Musicology Now would like to provide a reader-driven forum for the exchange of information about in-progress research.

So here's the question for our readership:  who would you like to hear from? We'll take our orders from you, and armed with the knowledge that inquiring minds want to know, solicit informal updates from scholars and writers in all areas and at all levels and stages of the profession, and adorn them with links and other information to keep you informed and entertained.

To set the process in motion, please send your suggestions to http://musicology-now@ams-net.org. We will filter and anonymize the queries, so don't be shy!

And, to whet your appetite, here’s the first such report, from Joe Auner, who is currently Professor of Music and Academic Dean for the School of Arts and Sciences at Tufts University. Auner, a former Vice-President of the AMS, is well-known for his work on Arnold Schoenberg and the Second Viennese School, and for a continuing interest in larger questions raised by the interaction of music and technology. He will be familiar to many readers of this blog as one of the editors of a much-cited 2001 essay collection, Postmodern Music/Postmodern Thought. He recently was instrumental in organizing 2016’s Utopian Listening, a three-day international conference on the late electroacoustic music of Luigi Nono.

We asked him to tell us what he was up to right about now. 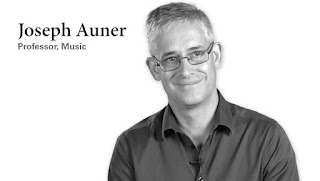 A lot of my writing and teaching has been exploring what happens when you put questions of the relationship of music and technology at the center of an inquiry. Of course, all music is deeply bound up with technology; while it is easy to think of technology as something modern and electronic, all music instruments are technologies, just as is musical notation, and according to some definitions of “technology,” even the whole notion of music itself. But I would argue that our involvements with music technologies, and technologies in general, are taking on a different character in recent decades as we remake our sense of self, our bodies, and how we experience the world around us through our interactions with ever more elaborate and rapidly evolving global information networks.

These technological interests relate in part to my early obsessions with synthesizers and the ambition to be a recording engineer that dominated my college years. But they became more central through the gradual realization that many of the musicological tools I had acquired in graduate school could illuminate—and in turn be illuminated by—their application to sound technologies and the music that they enabled.  Along the way, my work on such topics as “technostalgia,” vocal samples and artificial voices, electronic music and historical performance practice, and the relationship of sound technology to new conceptions of harmony, have led me to a range of other theoretical models and approaches--and luckily also a way to justify acquiring quite a bit of gear!

Now that I have taken on an administrative role for a few years, it has helped keep me going with my writing—though always more slowly than I would like!—to have a few projects in the works that build upon a set of core ideas. And of course my many fantastic students and colleagues, along with the explosion of new scholarship in the area of music and technology, are continually opening up new angles for investigation.

These days, I am particularly interested in music that seems to splice the composer, performer, and listener into a network that becomes part of the meaning, emotional impact, and material of the piece.  My article “Reich on Tape: the Performance of Violin Phase,” coming out in a special “tape” issue of Twentieth Century Music, starts with the performance diagram in the score which puts the tape recorder and an engineer right on stage with the violinist. Tape and tape loops were obviously important to Reich’s early development, but drawing on archival materials at the Paul Sacher Stiftung, I argue that long after he stopped working with tape and moved into the digital realm and sampling, the materiality of tape still shapes his creative practice. And as we recognize how central devices like the tape machine (and headphones, microphones. etc.) were to the creative process and performance, it opens up questions of how the work is performed today, now that the elaborate process of creating the basic tape loop as described in the score is typically replaced by the use of a looping pedal or software.

Related issues of performance practice were the focus of a festival I helped organize this year exploring the extraordinary body of music that Luigi Nono produced during the last decade of his life in the 1980s as the availability of digital processing suddenly dramatically expanded the possibilities of real-time manipulation of sound. For Nono this was far more than just a new compositional resource; rather, live electronics opened up a whole new way of composing, notating, performing, and experiencing music that involved intensive interaction with engineers, devices, specific spaces, and performers willing to radically reconceive their instruments. The focus of the festival was how we should respond to the considerable challenges of performing this music today in the face of increasingly rapid technological change.

Most recently, I have been exploring live looping performance in several areas of popular music in the context of a broader study of music and/as feedback loops. The notion of a feedback loop is arguably the central metaphor of our time, as evidenced by the way it can be taken up in so many different contexts and theoretical frameworks.  But what I find interesting about live looping performances is how they stage networks of feedback loops in very visible and audible ways with music that is itself made entirely of loops. In the case of live looping performance, looping pedals function as the central node in manifold networks of feedback loops connecting humans and machines, live and recorded sound, professional and amateur musicians, the design and marketing of music technologies, and the interpenetration of private and public spaces through social media.

The musicality of live looping performances also depends in a peculiar way on the almost instantaneous feedback loop between what the musician is doing live and their recorded selves. Whether on stage or alone in their studios, musicians are required to perform a passage as if it were already a recording, and with the knowledge that it will in fact be a recording almost immediately. Feedback loops can of course have both positive and negative attributes, in terms of self-regulating interactive systems or loops closing in on themselves or spinning dangerously out of control. Similarly, while the interaction with music technologies can be a pathway to becoming more fully ourselves and more fully human, there is also a long history of the fears and attractions of becoming more like a machine. For Reich, who characterizes his early loop based music as “realizations of an idea that was indigenous to machines,” or for composers and musicians trying to play like player pianos or drum machines, such feedback loops can serve as microcosms for helping us understand the broader ramifications and implications of all our interactions with our beloved devices.