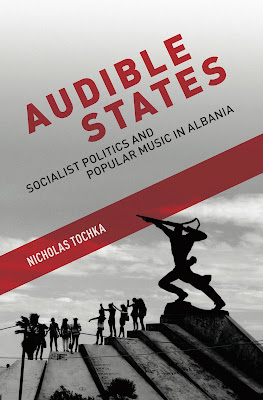 There are shorthand ways for talking about popular music under repressive state orders, and we’re getting a refresher on them right now.

After November 8, we began hearing that Donald Trump’s election might (at least? hopefully!?) generate some good art. My well-left-of-center social media feeds, for instance, filled with gallows humor posts suggesting Trump’s election would, riffing on his campaign slogan, “make punk great again.” “If the political climate keeps getting uglier,” songwriter and performance artist Amanda Palmer later said, “the art will have to answer.” Cue the think-pieces, which came fast and furious, envisioning (or not) a golden age for dissent through popular music. “Remember, governments don’t cut arts funding to save money,” another friend recently posted. “They do it when they are afraid of what artists do and say.”

Music scholars write and do research in the same world that has produced these larger narratives about popular music, politics, and dissent [1]. Many of us believe deeply in the transformative potentials of music in general, and popular music in particular; we invest ourselves in seeking out instances where musicians talk back to power or challenge authority. But we also recognize that the situation on the ground inevitably reveals itself to be more complex. My recently published book, Audible States: Socialist Politics and Popular Music in Albania, explores the complexities of music-making under what was once widely referred to as “the most repressive regime in Europe.” I chose to focus not on musicians who in some sense resisted or challenged “the State,” but on those people who worked within actual political-economic structures, crafting and implementing policy, and creating, rehearsing, and broadcasting popular song. The book thus engages the larger, ongoing trend to understand the often messy, negotiated politics of making music during and after the Cold War.

The book’s narrative tracks a state-sponsored popular music genre, muzikë e lehtë (literally “light music”), from the 1940s until today. Its chapters examine how light music first emerged as a coherent domain for state administration, before then following the music’s subsequent stylistic evolution, institutionalization, and (with the end of socialism in the early 1990s) privatization. At the book’s core are the professional, salaried composers who directed the state-socialist economy, worked at the national conservatory and state-run media, and created the songs.

When I crafted my first proposal for the research that became this book, I struggled with how to express my approach. The narrative frame of “resistance” seemed ill-fitted to my case; Albania did not have an “underground” or an “unofficial” scene under socialism. And state officials did not seem to primarily silence musicians or to deny them funding or access to the media. In fact, investment in the media and kulturë dhe arte, or “culture and the arts,” rose sharply after 1945 before plummeting with the anticommunist political transition in 1992. I ended up suggesting something relatively anodyne: “The study will explore how musicians sought to position themselves vis-à-vis one another and the State.” And I settled on a handful of research questions. How was state policy about popular song created? How did intellectuals perceive policy? And how did musicians in particular navigate and implement policy?

One of my first interviewees gamely answered my prepared questions about the nitty-gritty, day-to-day activities of making and broadcasting song during the socialist period. But when I turned off my recorder, his tone shifted, and he began to question the need for the project itself. (I address this episode in a bit more depth in the book’s epilogue.) “This will be the first full-length, English-language treatment of a state-subsidized popular song genre!” I told him. “Albania represents an extreme case study! English-speaking readers know so little about your country! This will all be new to them!” He was unconvinced.  “They have read this story before,” he shrugged. “It is the story of Stalin’s Russia.”

I understood him to be suggesting that the story of popular music-making under a repressive order could be told either as the story of musicians resisting the State—or the State repressing musicians. That is to say, my interviewee was pushing back onto me and my project the narrative arc I had been trying to avoid. I carried on with my project, and the usual messiness of ethnographic research ensued. Later interviewees contradicted this person, of course, while some expressed qualified agreement. But everyone presented me with their own viewpoints.

In Audible States, I read these different stories against one another to situate the storytellers within the larger cultural field of production under state socialism. My approach came to integrate archival research with ethnographic interviewing in order to move back and forth between the top-down, birds-eye view of state policy and the bottom-up, quotidian perspectives of bureaucrats and musicians. (There’s also a smattering of poststructuralist jargon, which I use to parse the relationship between the cultural field, social structures, and individual agents.)

I submitted the manuscript for Audible States in late September 2015, just over a year before the 2016 election. And I would not suggest that there is an equivalency between contemporary America and communist Albania, or that it is futile for musicians to challenge political orders.

One of the book’s main takeaways, however, is that making-music under any modern political-economic order is complicated—and that holds for state-socialist and postsocialist orders, as well as liberal (and now, perhaps, postliberal) ones. And complexity arises because what we often call “the State” is, in reality, composed of overlapping institutions and projects, discourses and practices. Individual agents, including musicians, shape these social structures and norms—yet they can do so only while simultaneously being shaped by them.

Nicholas Tochka is Lecturer in Ethnomusicology at the Melbourne Conservatorium of Music, University of Melbourne. His research focuses on the politics and economics of making music in Europe and the Americas. He is presently working on a monograph that examines rock 'n' roll in Cold War America.


[1] In musicology, see especially recent publications by Danielle Fosler-Lussier and Lisa Jakelski, and in history, by David Tompkins and Dean Vuletic. For anthropological perspectives on the politics of culture more generally, see work by Laura Adams, Katherine Verdery, and Alexei Yurchak.