Dissertation Digest: The Spanish Lamento: Discourses of Love, Power, and Gender in the Musical Theatre (1696–1718) by Maria Virginia Acuña

[Ed. Note: This "Dissertation Digest" is the first in an ongoing series aimed at drawing wider attention to in-progress and recently completed dissertations in musicology. Drafts of posts as well as inquiries are welcome at musicology-now@ams-net.org.] 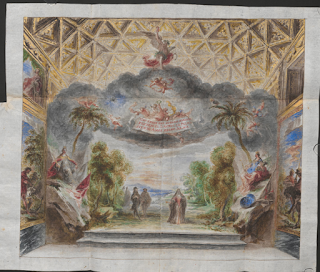 I was born in Toronto to Argentine immigrants. My mother, a trained performer of flamenco and Spanish classical dances, exposed me to Spanish music at a very early age. During our years in Toronto, and while my father was a graduate student at York University, I watched my mother perform on countless occasions and became enamoured with the sound of Spain. At the age of eight, I moved to Buenos Aires where I lived for nearly two decades. In Buenos Aires I started a degree in voice performance at the Conservatory of Music “Manuel de Falla,” where I learned a great amount of operatic repertoire, including Argentine and Spanish music from the nineteenth and twentieth centuries. In my late twenties, I returned to Canada to complete an undergraduate degree in music at the University of British Columbia (UBC). Here I sang my first Spanish tonadas with the UBC Early Music Ensemble and became increasingly interested in Spanish early music. In our music library, I found Louise Stein’s book on seventeenth-century Spanish theatre music together with a handful of other writings on the subject. I became fascinated with seventeenth-century Spain, a period that, to my surprise, had received very little attention in Anglo-American scholarship. At UBC I completed a master’s thesis that explored the intersection of politics and music in early modern Spain as well as the reception of Spanish music of this period both within and outside Spain. But in my first year of doctoral studies at the University of Toronto, my traditional interest in audiences expanded to embrace what was happening on the stage.

My dissertation, “The Spanish Lamento: Discourses of Love, Power, and Gender in the Musical Theatre (1696–1718),” examines a little-studied period in the history of Spain through the lens of the lament, a climactic musical scene that peaked in popularity in the mythological zarzuela—Madrid’s leading court musico-theatrical genre of the period. This study asks why so many male characters sing laments in zarzuelas from the turn of the eighteenth century, and how the local theatrical practice of cross-dressing—namely, women en travesti—affected representations of masculinity in this genre, specifically in its lamenting scenes. (During this period, men, including castrati, were not allowed to sing serious roles in Spanish theatre.) I employ an interdisciplinary approach that addresses a full range of issues informing the Spanish lament. These include philosophical, medical, literary, and gender discourses on suffering love as well as local theatre practices. My analysis of both music and poetry further reflects this interdisciplinary approach. As a result, I bring into dialogue the fields of musicology and Spanish literature within a wider context of Spanish culture, while focusing specifically on Madrid’s musico-literary expression at the turn of the eighteenth century.

To begin, I contextualize these zarzuelas and their laments within a broader socio-political and historical context. I suggest that the pre-existing literary tradition of the suffering male spanning from the 11th century courtly love lyrical performance through Renaissance Petrarchism and its 16th and 17th century imitations, re-surfaced in the genre of the zarzuela as a reflection of Spain’s socio-political turmoil, beginning with the decline of the Spanish Habsburg dynasty and followed by the War of the Spanish Succession (1701–14). I also suggest that, during the tumultuous years surrounding the war, the recurring lamenting male characters in this allegorical genre reflected the concerns and anxieties of Madrid’s male ruling classes. Indeed, according to my findings, most male laments seem to appear in zarzuelas dedicated to, and performed for, the monarch or for a male of the high nobility; in other words, they are intended for an aristocratic or royal male recipient and for his predominantly male entourage. Female laments, in contrast, are not only fewer in number but they also generally appear in zarzuelas dedicated to the Spanish Queen. Thus, the large number of male laments in the genre—especially, in comparison to female laments—also suggests that the zarzuela is heir to the same dominant literary tradition in which male suffering is privileged over female sorrow.

In this study, I suggest that the Spanish theatre practice of cross-dressing determined to a great extent the transformation of the lament into a highly climactic and well-anticipated musical scene within the zarzuela. At a time when issues regarding effeminacy were systematically brought up in Spanish writings of the period including medical texts and treatises on music and Spanish theatre (such as those by Tomás Murillo y Velarde, Pedro de Cerone, and Ignacio de Camargo), the representation of male weakness and sorrow only became widely accepted because it was circumscribed and controlled. Aside from pleasing the audience with their costumes and the sound of their voices, women performing the roles of weeping male characters helped mitigate the overtones of effeminacy conveyed in the male lament. Indeed, these overtones implied in the character’s loss of power or in his excess of emotion and irrationality frequently appear in conjunction with musical gestures and devices traditionally associated with effeminacy, such as the “effeminate minor second” described in Cerone’s music treatise. Using both primary and secondary sources, I trace the female performers that were at the height of their careers during this period, including Teresa de Robles, Paula María, and Manuela de la Cueva, and I explore the possibility that their vocal skills and their fame may have contributed to the cultivation of the lament.

Ultimately, the goal of my dissertation is to open the door to an exciting field of study that requires further investigation, while making available to the modern reader some of the most beautiful and moving Spanish theatrical songs that I have encountered during my years of researching the music of seventeenth- and early eighteenth-century Spain. 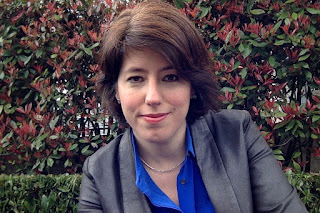 Maria Virginia Acuña received her Ph.D. from the University of Toronto in June 2016. The main focus of her research is music of the seventeenth and the early eighteenth centuries, and her interests include Spanish literature and theatre, philosophy, religion, as well as issues of gender and sexuality. Virginia has presented papers at conferences in North America and Spain, including national and regional meetings of the American Musicological Society and the Spanish Musicological Society, and her research has appeared in Sebasián Durón (1660-1716) y la música de su época (Vigo, Galicia: Editorial Academia del Hispanismo, 2013) and Musicología global, musicología local (Madrid: Sociedad Española de Musicología, 2013). She is the past recipient of several awards and prizes including the Joseph-Armand Bombardier Canada Graduate Scholarship for doctoral research awarded by the Social Sciences and Research Council of Canada, the Eugene K. Wolf Grant awarded by the American Musicological Society, the Pilar Sáenz Annual Student Essay Prize awarded by the Ibero-American Society for Eighteenth Century Studies, and the SOCAN Foundation/George Proctor Prize awarded by the Canadian University Music Society. Virginia is currently a part-time instructor at Kwantlen Polytechnic University.