Quick Takes: Allegories of the Self in Guardians of the Galaxy, Vol. 2

About two-thirds of the way into the film, Ego (Kurt Russell) is trying to persuade his son, Peter (Chris Pratt), that they are two of a kind and deserve to be able to remake the universe in their own image. Knowing Peter’s fondness for popular music from Earth, Ego launches, like an irritating old rock critic, into a tiresome lyrical analysis of Looking Glass’s “Brandy.” Ego unpacks the lyrics only to find himself and his progeny: The two of them, Ego suggests, are the sailor of the song and the sea is the universe calling them to remake it. Peter, captivated, falls under Ego’s spell.

This is a strange turn for the film. Both Guardians of the Galaxy films make extensive use of popular music, of course, and Peter’s attraction to it is a defining element of his character inasmuch as it is bound up with the memory of his mother. If Ego found Peter’s mother attractive in part because she could recite the lyrics of “every song on the radio,” Peter’s relation to the music is, like the films, far more embodied: it moves him and his crew into action and into love. Drax (Dave Bautista) tells Peter that he and Gamora (Zoe Saldana) are incompatible because music does not move her to dance; Peter insists there is something unspoken between Gamora and him; and Gamora does ultimately dance with Peter. Music for Peter is not about nuggets of wisdom spun into the lyrics to be decoded as allegories of the self but about, as the first film put it, being “hooked on a feeling.”

The climax of the film—which combines the spectacle of patricide and quite literal Ego destruction—confuses this point. On the one hand, popular music, Fleetwood Mac’s “The Chain,” returns precisely when Peter needs it to break Ego’s spell. What I find especially interesting about this moment is that when I sat down to write this post I could not recall which song was used here even as I remembered very distinctly the narrative, dramatic work of the music, which seemed to well inside Peter until it burst out as he freed himself of Ego. Running completely counter to Ego’s decoding lyrics as an allegory of the self, it is music not lyrics that is decisive here.

On the other hand, the stakes of the music remain Peter’s ego and the representation of interiorization: the music, if it emerges like a feeling rather than an articulate thought, does not really relate to dance or even embodied action, as it usually does in the two Guardians films. The magical manic joy of Baby Groot dancing in the title sequence epitomizes the relation to music for the Guardians. Peter will eventually be moved to action, to reject the offer of divinity, and to defeat Ego, to be sure. But as Peter springs into action he does so not for the joy of musical movement or the intensity of feeling that the music conveys but to save a sense of self: to recover an ego that would not be subsumed by Ego. If Peter explicitly rejects the privilege of divine inheritance for the seeming embrace of the relatively mundane community of the Guardians, his self-made self, forged in the furnace of popular song, remains in its own way a distant reflection of Ego’s drive to find in popular song an allegory of the self. 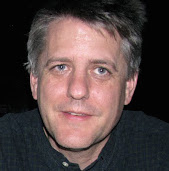