Quick Takes — Run The Jewels and Roll The Credits: Borrowed Music in the Black Panther Trailer 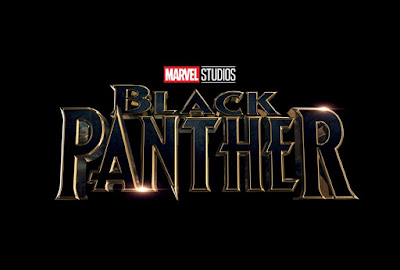 The trailer for Marvel’s Black Panther, scheduled for release in February of 2018, makes use of a “trailerized” version of “Legend Has It,” the third track on rap duo Run The Jewels’ 2017 album, Run The Jewels 3. This musical selection works well on a number of levels, helping the trailer’s brief narrative take shape, emphasizing the film’s importance as the first Marvel film with a black lead, and connecting Black Panther to a number of possible audiences.

As James Deaville explains, to be successful a trailer needs to function as a “mini-movie” unto itself. The Black Panther trailer begins slowly, using an interrogation scene to introduce the fictional country of Wakanda, a place that we are told is akin to the mythical city of El Dorado. We do not see the actual Black Panther character until nearly halfway through the two-minute trailer, and “Legend Has It” is withheld until this moment for dramatic effect. Thus, the song’s entry serves as a release of tension—like a bass drop in EDM—pulling viewers into the flow of imagery as it increases in intensity.

Fans of the Marvel films can interpret the borrowed music literally. As El-P raps, “Step into the spotlight!” over a grandiose-sounding beat, he might be referring to T’Challa (played by actor Chadwick Boseman) taking center stage after his father T’Chaka’s death in Captain America: Civil War. But even for those unfamiliar with the film’s backstory, the song works equally well as an announcement that a new title character has been added to the Marvel roster.[1]

Without a doubt, “Legend Has It” was chosen and expertly edited for the trailer because it sounds good and conveys a feeling of excitement about the film’s upcoming release. On another level, however, the borrowed music also associates Black Panther with hip hop, a genre that continues to serve as a sonic analogue for blackness. In 1966, the original comic was the first to feature a black superhero, and the Marvel franchise shares a name with the militant political party coincidentally founded that same year.[2] Choosing a song from Run The Jewels 3, which New Yorker critic Hua Hsu interprets as a protest album in the age of Trump, puts a contemporary edge on these historical signifiers of blackness.

At the same time, Run The Jewels is an interracial affair (rapper El-P is white and Killer Mike is black), and the duo has gained a reputation not only for their artistic integrity and independence but also for making “hip hop for people who don’t like hip hop.” In fact, El-P and Killer Mike have demonstrated their crossover appeal with successful appearances on NPR’s “Tiny Desk” concert series as well as the NPR quiz show “Wait, Wait! Don’t Tell Me.” They even announced the release of RTJ3 with a cameo appearance on the television show Portlandia, the sketch comedy series that manages to make the demographically challenged Pacific Northwest city look even whiter than it is. In other words, the decision to use “Legend Has It” could be interpreted as an appeal to the widest (and whitest?) possible audience.

Finally, for close followers of the most recent Black Panther comics written by author Ta-Nehesi Coates (or for hardcore fans of Run The Jewels), the music of the trailer probably comes as no surprise. Last summer, El-P and Killer Mike teamed up with Marvel to create an animated recap of Coates storyline set to a Run The Jewels soundtrack. Thus, the trailer’s use of “Legend Has It” represents a nod to the franchise’s most devoted fans that builds upon an established convergence of hip hop and comics. 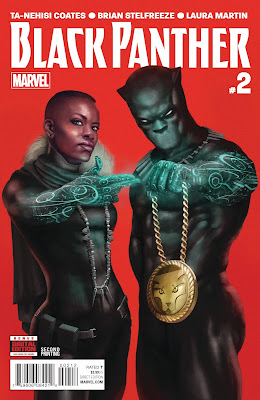 The fact that this brief excerpt of borrowed music operates on so many different levels testifies to the thought that goes into the production of movie trailers. “Legend Has It” works on the local level, providing just the right “vibe” for the trailer’s action-packed cinematography. Its booming beats emphatically remind viewers that a black superhero is finally coming to the big screen. And finally, for those who might recognize Run The Jewels and their brand of underground hip hop, the borrowed music reaches out to a diverse target audience, including some of Marvel’s most devoted fans.

Loren Kajikawa is an Associate Professor of Ethnomusicology and Musicology at the University of Oregon. He is the author of Sounding Race in Rap Songs (University of California, 2015), and currently serves as editor for the Journal of the Society for American Music.

[1] Coincidentally, the producers of the 2017 NBA Awards on ESPN also used this same excerpt of “Legend Has It” to introduce the nominees for the “Sixth Man of the Year” award, hoping to convey the feeling associated with a player who comes off the bench and gives his team an immediate boost on the court—a superhero of another sort.
[2] Although younger viewers today might easily conflate the two, interpreting the comic as an homage to the political party (or vice a versa), the naming of both was entirely coincidental. In fact, as political tensions escalated in the late 1960s, Marvel Comics briefly introduced two short-lived alternatives (first “Panther” and then “The Black Leopard”) to try to distance its superhero from the controversial political party.