Christmas is a Musical

These days, you can’t bump the radio dial without Angela Lansbury’s matronly voice commanding we haul out that holly, just this very minute. The song is familiar enough, but its origins are probably not. “We Need a Little Christmas” is part of a scene drawn from the 1966 Broadway musical Mame. When the fabulously wealthy Auntie Mame suddenly loses her fortune in the stock market crash, she turns on a dime and starts unpacking the tinsel and singing a tune. “We need a little Christmas,” she cries. “Right this very minute.”

If the scene sounds excessively cheery, welcome to musicals—welcome to Christmas.

“We need a little Christmas” joins a robust list of holiday tunes drafted at one point or another from the musical stage. What would Christmas-time be without that Great White Way, I wonder? Would we ever know the dreams of white Christmases—or how about merry little ones?—without first invoking the charmed sounds of musical theatre? Would it even begin to look a lot like Christmas if we didn’t hum along with (and then cancel) “Baby, It’s Cold Outside”? <1>

Musicals and Christmas go mitten in mitten. Musical theatre, like religion—like capitalism draped in religion—is uninvested in the world as it is. Few would mistake the real world with the one where song and dance routines come unannounced. It’s often the job of a musical, after all, to clown away the problems of this world and invite us into a better one. Oscar Hammerstein once defended his cheery stories with, I imagine, a Santa-like twinkle in his eye: “I don’t deny the ugly and tragic—but somebody has to keep saying that life’s pretty wonderful, too. Because it’s true. I guess I can’t write anything without hope in it.”<2> Maybe this is why musicals are so invested in the Christmas season, and the season in them. I get it—Toni Morrison appreciated “constant unreality, steady illusion” no less than the rest of us.<3> Between the show tune’s bell-tone and button, life can seem wonderful, too.

I for one feel a bit like Auntie Mame these days—a little leaner, a little colder, a little sadder, a little older. Given our world’s slumped shoulders, are Auntie Mame’s demands for a happy ever after all that unreasonable? What’s the matter with lying to ourselves anyway? So what if the world burns around us, Auntie Mame, let’s surround ourselves with familiar trappings of consumerism and be happy. Escapism is one way to describe it, but it’s more than that. My work shows how communities large and small, near and far from Times Square, engage in musical theatre to reframe the past to better fit their present.<4> Musicals offer a classic alternative facts platform, and we love them for the fictions they afford us. No less than the Trappist monk Thomas Merton summed up theatre with such toothy devastation. “This sort of thing cannot make anybody happy,” he writes, “but it is a way of saying, ‘I wish you were happy.’”<5>

Well our stock market isn’t crashing (to the contrary, it seems) and Christmas creep has been at full throttle for weeks now, but I sense the set up for a happy ending (a musical!). Not that many of us can really avoid being part of the show. Sound bites of flops—the presidential, the Broadway—dominate the news cycle, the radio waves, the shopping mall. Climate change assures our world may soon be the abandoned trash heap of WALL-E’s imagination—that 2008 Disney Pixar film where a blue-collar robot learns to be human by salvaging, of all things, scenes from the musical Hello, Dolly! Meanwhile, musical theatre’s cheerful delusions spill out of tiny speakers hidden inside holiday cards. Of this season, Merton’s not unkind “I wish you were happy” weaves Orson Welles’s wet blanket reminder that happy endings of course just depend on where you stop the story.

This is how musicals enable our season of inattention, our scene of festive purchase. Christmas is already so much a pageantry of pretend, a story paused on a happy moment. The deception is genuine enough; musicals just sweeten the deal. Star in your own show. Freeze the frame, print the negatives, and live as if “happily ever after” was as cheap as the paper it’s printed on. Musicals teach us that one strategy for surviving a pervasive post-truth world is to purposely live in its fictions. Haul out the holly, sing your blues away—right this very minute, before you realize the illusion, while you still can.

***
<1> Irving Berlin’s “White Christmas,” from the 1954 film White Christmas; Hugh Martin and Ralph Blane’s “Have Yourself a Merry Little Christmas,” introduced in the 1944 MGM musical Meet Me in St. Louis;  Meredith Wilson included “It’s Beginning to Look a Lot Like Christmas” in his 1963 musical Here’s Love, though it had already become a holiday staple with Perry Como’s 1951 recording; and Frank Loesser’s “Baby, It’s Cold Outside” achieved acclaim in the 1949 film musical Neptune’s Daughter.
<2> Quoted in Ian Bradley, You’ve Got to Have a Dream: The Message of the Musical (London: SCM, 2004), 73
<3> Toni Morrison, “On to Disneyland and the Real Unreality,” The New York Times, Oct. 20, 1973.
<4> Jake Johnson, Mormons, Musical Theater, and Belonging in America (Urbana: University of Illinois Press, 2019), and Lying in the Middle: Musicals and the Heart of America (University of Illinois Press, forthcoming). Also see “Post-Secular Musicals in a Post-Truth World,” in The Routledge Companion to the Contemporary Musical, ed. Jessica Sternfeld and Elizabeth L. Wollman (New York: Routledge, 2019): 265-272.
<5> Thomas Merton, The Seven Storey Mountain, fiftieth anniversary edition (New York: Harcourt, Inc., 1948 [1998]), 380. 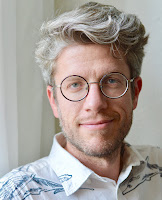